After the series of round funding and acquisition news, the report of Hopin hires meeting-industry veteran – Julius Solaris was brought to the public near the end of September 2021. This concurrence follows the explosive growth of the London-based virtual events company only after the second year after it has been established.

Solaris took the position as the conference platform company’s vice president and will be going to join on September as well. He was expected to help the company to drive through the shifting meeting industry and its particularly rapid-paced growth. He is also going to make appearance at EventMinded – a summit of event professionals that focuses on mental health.

Contents hide
About Julius Solaris
What is expected for the Company in the Future?

Julius Solaris is the editor of the leading global blog for event professionals, Event Manager Blog, which was established at 2007. The blog covers a wide range of topics including event planning, event technology, event inspiration, event trends, social networking for events, and meeting planning, as well as destination management marketing.

He was successfully listed amongst the list of Successful Meetings Magazine’s 25 Most Influential People in the Meeting Industry in 2015. He wrote several books: The Good Event Registration Guide and Engaging Events, The Event App Bible, Social Media for Events, Annual Event Trends Report, which have been downloaded by over 100,000 people. In his books, he delivered the remarkable research result related to social networking apps, virtual event app, ticketing providers, and event registration.

Solaris likes to produce appealing presentations. One of the presentations he created titled ’10 Event Trends’ sat at the top position of monthly popular presentation in Slideshare for four consecutive years. He is also active as speaker on various events related to the trends of event tech and social media.

What is expected for the Company in the Future?

At Hopin, Solaris was positioned as the Vice President of Marketing Strategy. He is expected to contribute to this most rapid growing company in Europe by using his expertise at event technology industry. The company itself has been shopping plenty of virtual event companies. One of the most major examples is their $250 million acquisition deal over StreamYard, a livestreaming platform that is planned to be run separately.

With the joining of Solaris, this company hope that he will be concentrated on reinforcing the business growth as a comprehensive online conference platform and applying key strategies of marketing, including partnerships and content by the company.

It is also expected that by joining the giant virtual meeting platforms provider, he will be able to bring deep event experience to the company’s extensive portfolio.

When being asked about his thought at joining the company, Solaris stated about how the current event industry is undergoing massive change. Technology plays the most significant role during this shifting period, by transforming the way people attend and plan virtual conference deeply. He also brought how the company currently has the best position to spur the alternation and assist event professional to undergone this intricate opportunity moment. He expressed his excitement as well to be a part of the team. 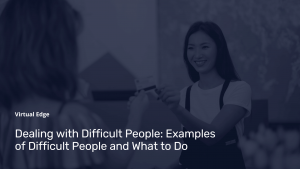 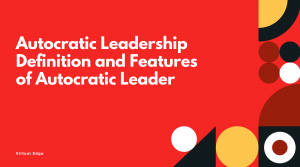