It’s unquestionable that llamas are one of the most loved animals on this planet because of their enormous cuteness. So, it’s no wonder that llama puns are also one of the cutest animal-based jokes you ever heard. Being able to spend some time with this adorable creature is a once-in-a-lifetime experience, but there’s no need to wait for this special occasion to include this animal in your life. All you need is just a collection of funny llama puns.

Llamas fascinate people of all ages because of their unusually adorable appearance. Although they are camelids, they have a similar appearance to sheep and are widespread in South America as domestic animals.

The name of this cute creature is so unique and quirky that it’s ideal for some hilarious puns. Llamas are also quite popular on social media, such as Instagram, and humorous phrases or one-liners based on llamas make excellent captions for your Instagram post.

Llamas are more than just a haughty look and long lashes. They are remarkably friendly, quirky, and smart. They make great keepers for small animal herds. They are also highly social and often adopt a herd of goats or sheep. They will then protect them by driving predators away.

But do you know that these camelid species are sort of diabetic? The Ohio State University College of Veterinary Medicine is studying how different hormones impact glucose levels with their 30 llamas and 30 alpacas. Due to the similarity in llamas’ metabolism to that of humans, the findings of this study might help with the therapy of human diabetes. But still, further study should be performed to determine whether or not these finds can be implemented to other species.

Now that you already know some of the interesting facts about these camelids, it’s time for you to know the reasons why llama puns are good for you. 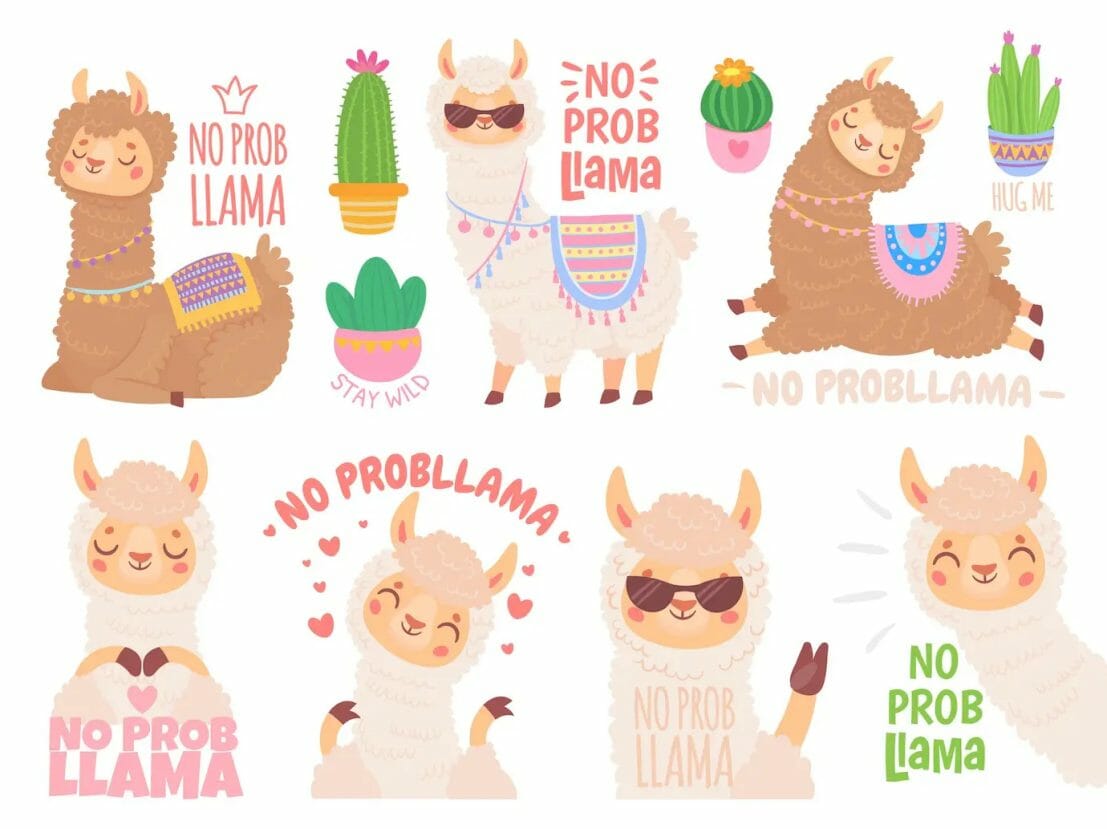 What do llamas call the end of time? Llamageddon

What do you call a very fast llama? A Llamagini

What did the llama get when he graduated school? A dipllama

What sound does a llama’s doorbell make? Llama-llama-ding-dong!

What’s more amazing than a talking llama? A spelling bee.

What do you call a secret group of llamas? The i-llama-nati.

What happens when you stand between to llamas? You get llamanated.

Did you hear about the woman who broke up with her boyfriend and moved to Peru? What a llama queen

Who is the llama spiritual leader? The Dalai Llama

Who is a llama’s favorite president? Barack Ollama

How do llamas respond when someone says, “thank you?” “No probllama”

What did the llama say to the grass? “Nice gnawing you!”

What do llamas say when they meet someone new? “Fleeced to meet you!

What did the llama say to the depressed camel? “Don’t worry. You’ll get over this hump.”

What do llamas always say after yoga class? “Llamaste”

Did you hear about the llama who wrote a book? He was a woolly thinker.

What do llamas do when they eat outside together? they have alpacanic.

What did the alpaca say when her friend asked how far the beach was? It’s spitting distance.

What did the llama say when the other llama asked if they wanted to go on holiday? Alpaca my bags

What did the llama say when he was robbed? “I’ve been fleeced!”

Which sultry-voiced singer will happily spit in your face? Llama Del Rey

Where do llamas go on vacation? Alpacapuco

What did the llama say when his wife asked for a divorce? “I guess alpaca my things.”

No one is afraid of llama kisses. But, why is everyone afraid of the alpaca lips?

What do you call an alpaca with a carrot in each ear? Anything you want. He can’t hear you!

What did Mario say when he saw an alpaca? “Don’t-a worry! It’s a fals-a llama.”

When does a alpaca go “moo”? When it is learning a new language!

What do you call a stampeding herd of llamas? Alpacalypse

How do alpacas get you in the morning? They set their allamas

What did the llama say when he was invited on vacation? “Alpaca my bags!”

What did the llama see when he looked in the mirror? His spitting image.

What did the camel say to the llama? Let me teach you how to spit!

What is a llama’s favorite Justin Bieber lyrics? “My llama don’t like you and she likes everyone.”

What happens when you stand between two llamas? You get llamanated!

Alpacas: Soon it’ll be the alpacalypse! Llamas: You mean llamageddon.

What did the llama say to his friend? “Is your mama a llama?”

I’m tired of these llama jokes. Alpaca my bags and leave.

What do you call a very fast llama? A llamaghini

What is a llama’s favorite drink? Llamanade.

Want to go on a picnic? Alpaca lunch.

Why don’t Lucy Llama and Lacey Llama get along? Typical llama drama

Why else did the llama cross the road? He wanted to prove to the possum that it could be done.

If you are looking for a collection of good llama puns or jokes, below is a helpful list that will make you laugh out loud. The llama-based puns below can be made based on the characteristics of these camelids or the way they name blends easily into English. 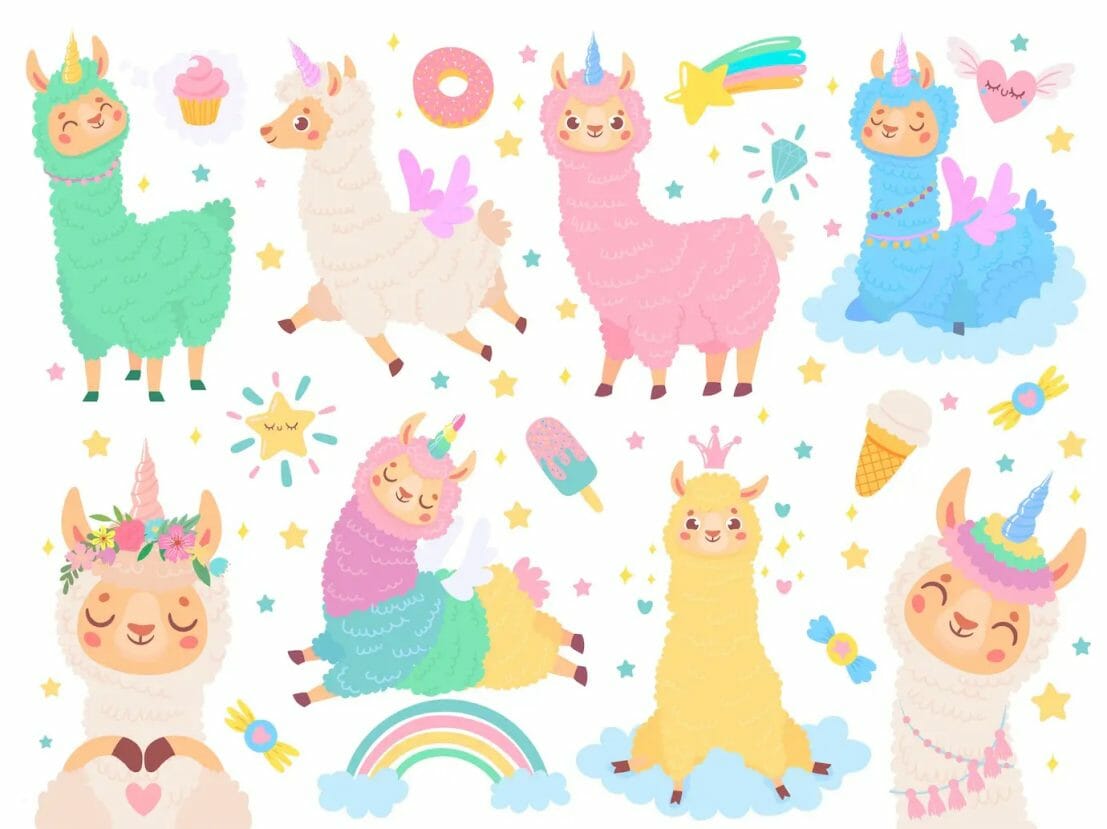 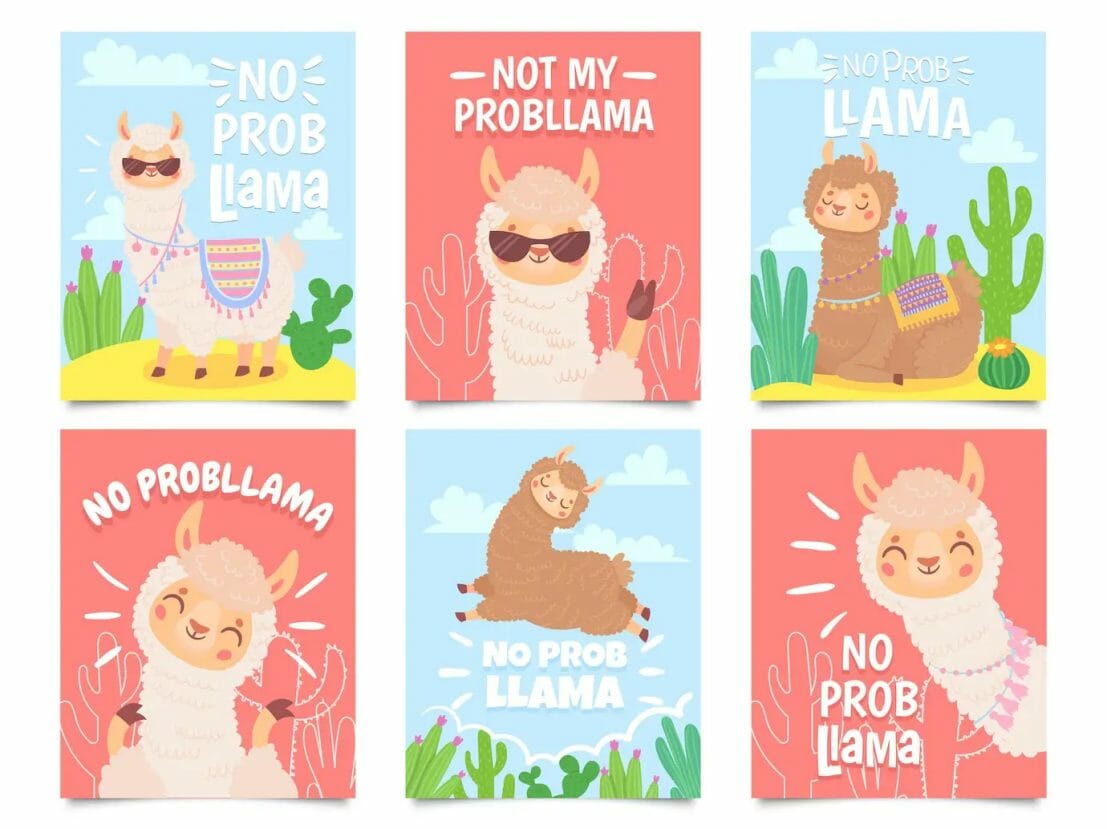 How do llamas say “Merry Christmas” in Spanish? “Fleece Navidad” (or “Feliz Llamadad”)

What do llamas say when they’re being told something obvious? “No spit, Sherlock.”

Llamas are Star Trek fans too! They love saying “Live llama and prosper.”

I don’t want to hear all of your complaining. Save the drama for your llama.

What did the llama say when he found out that he had been stolen from? “I’ve been fleeced!”

What do llamas always say when they introduce themselves? “Fleeced to meet you.”

Many llamas think that the world is going to end soon. They’re fearful of the impending llamageddon.

What do llamas say when they’re trying to make an important decision? “Llama think about it.”

What do llamas always say after yoga class? “Llamaste.”

What is a llama’s favorite LL Cool J song? “Llama Said Knock You Out.”

What do llamas drink before they fight? Alpaca punch.

What is a llama’s favorite movie? Alpacalypse Now.

Llamas are excellent office assistants. They always make sure that important papers get llamanated.

I thought about shearing my llama, but I guess I better leave wool enough alone.

It’s hard for celebrity llamas to get any privacy. There’s always llamarazzi around.

Many llamas are fans of classical music. Their favorite composer? Wolfgang Llamadeus Mozart.

What do you call a really big llama? A wooly mammoth!

What do you get when you cross a tortoise and a llama? A turtle-neck sweater!

Who is the dating expert in Llamaville? Chuck Woolery.

Some llamas like singing to music, but others prefer to sing alpacapella.

One of the major religions in the llama world is Isllama.

When the proud llama father had his first son, people kept saying “He is the spitting image of his father.”

It’s not always easy to think of new llama puns–sometimes it can be a real dilllama.

There once was a llama that had a reputation for being a little schizophrenic. People said that he had a “spit” personality.

Who is the most famous hip-hop artist in the llama community? Kendrick Llama.

Llamas despise franchise restaurants; they would rather eat at a hole-in-the-wool.

What did the llama magician say before he performed a trick? “Abra-alpaca!”

One of the biggest hip-hop stars in Llamaville put on a concert. He was spitting fire.

In case of emergency, be sure to pull the fire allama.

What do you get when you cross a llama, camel and cow? A llamadairy!

What sound does a llama’s doorbell make? “Llama-llama-ding-dong!”

Legend has it that llamas come from a mystical utopian land in the Himalayan Mountains. They call the place “Shangri-Llama”.

Who was the most infamous terrorist in llama history? Osama Bin Llama.

What did Llamye West say to Taylor Swift? “Llama let you finish…”

What did the llama say to the grass in the field? “Nice gnawing you!”

Who is a llama’s favorite pop singer? Llama Del Ray.

What do you call a super-fast llama? A llamaghini.

In Llamaworld, they have elections just like we do. Their most recent president was Barack Ollama.

Who is one of the wisest llamas who ever lived? The Dalai Llama.

What do llamas do when they eat outside together? They have an alpacnic.

What do all llamas receive when they graduate from school? A dipllama.

What do llamas say when things don’t go as planned? “Spit happens.”

Who is one of the most famous actors in Llamawood? Al Pacacino.

How do llamas like to cook their food? On a spit.

What is a llama’s favorite 1960s band? The Llamas and the Papas.

How do llamas respond when you say “Thank you”? They always say “No probllama.”

I tried eating a whole llama once. I couldn’t finish it, so I figured “Eh, alpaca lunch for tomorrow.”

Some conspiracy theorists believe that there is a secret llama society that controls the world from behind the scenes. They call it the Illamanati.

What did the llama say when he was planning a picnic? Alpaca lunch.

Being kissed by a llama isn’t the end of the world. The way some people go on about it, you’d think they were talking about the alpaca lips

What do you call an Alpaca with curry on its face? The Dhall-Eye Llama!

What does a llama do when it goes on holidays? Alpaca ya bags.

Did you hear about the Peruvian field worker who recently became an animal psychologist? His business sign reads “Tell your llama to tell his drama to the farmer.”

What do llamas type when they are laughing? Llamao

Which sultry-voiced singer will happily spit in your face? Llama Del Rey.

What do you call a skinny and malnourished llama? Da’light’ llama

I was head-butted by an animal in the Andes… It was a blunt-force llama.

What did the male alpaca say to the female alpaca? Como te llama

What did one llama say to the other when they were going on holiday? Alpaca for you, if you want!

Who is the best rapper in the animal kingdom? Kendrick Llama

If you just came back from visiting a llama farm and took a nice photo with this adorable animal, you may want to post those photos on your Instagram account. Make your followers laugh with some llama puns and jokes for the captions. 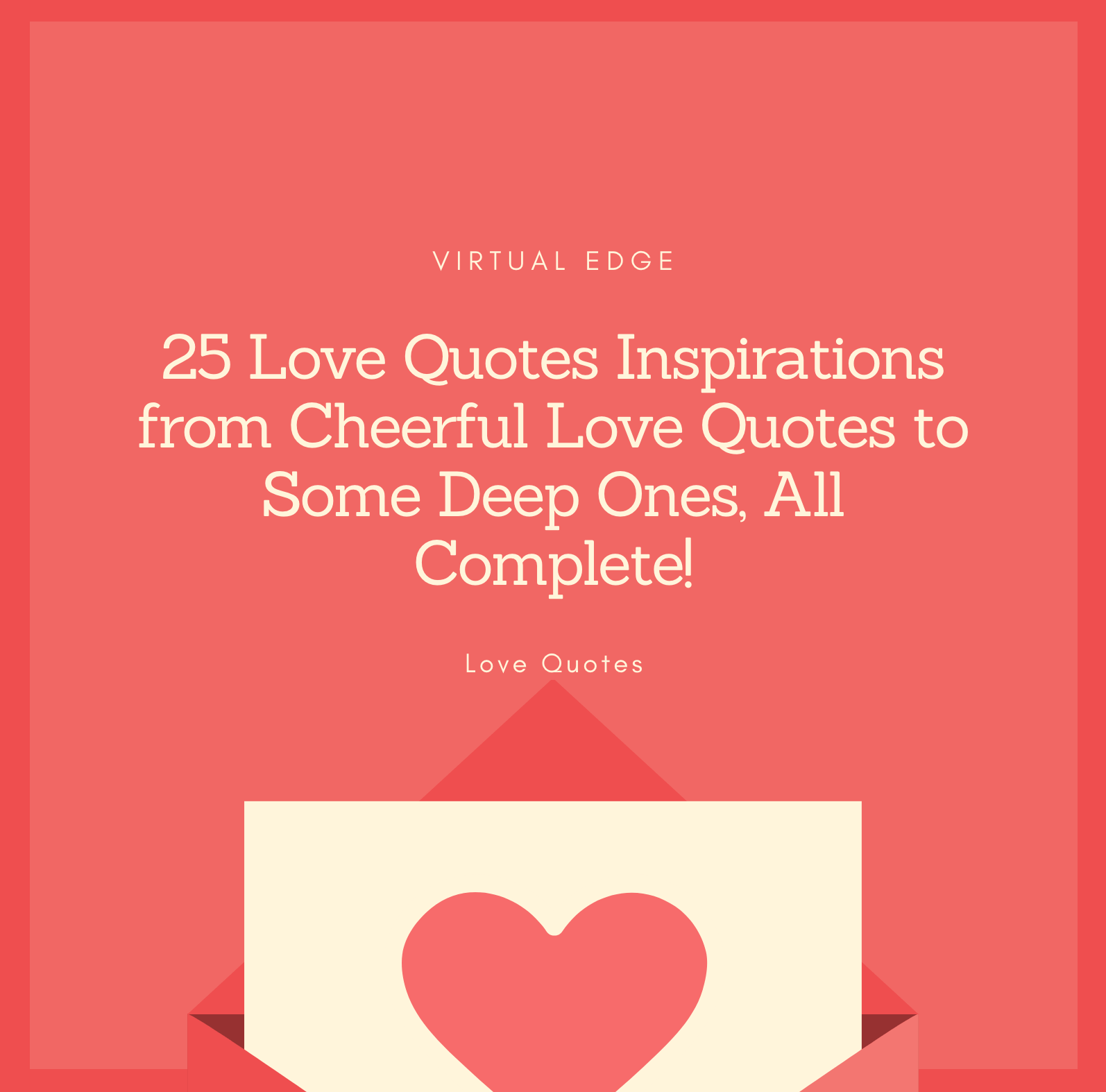 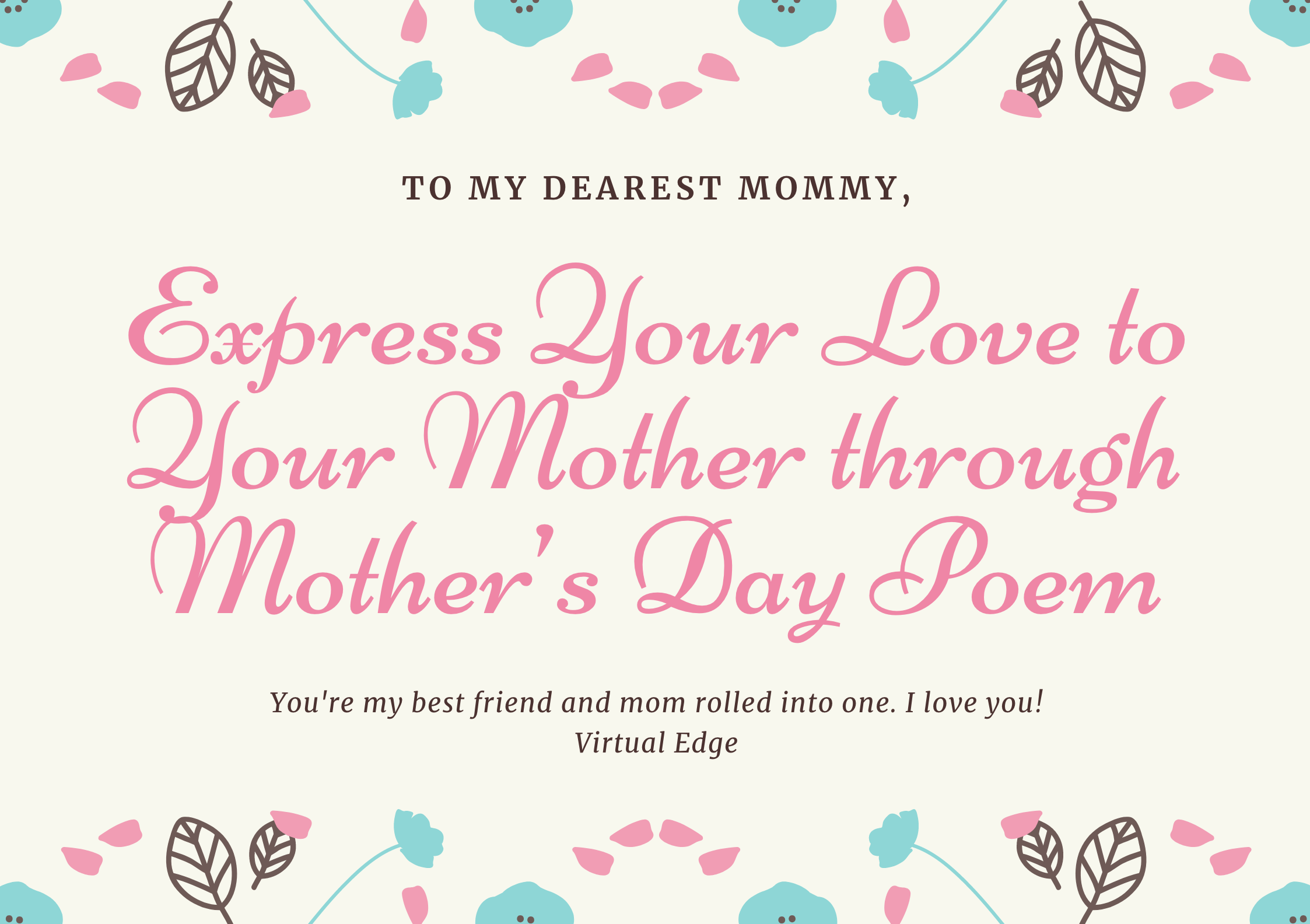 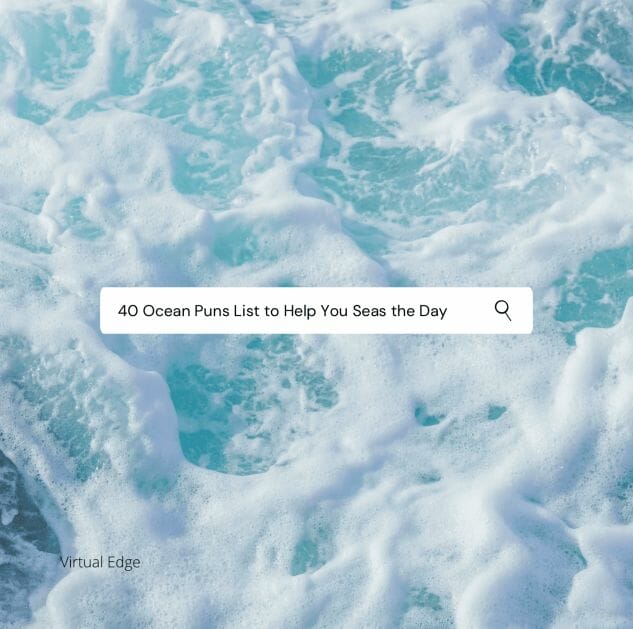