If you want to sell all the tickets for a concert, you can’t just put the event on your Facebook wall and expect the venue to fill up. Almost all bands do it, and although they know they could do something more, they still believe that their Facebook wall works miracles… and it’s not so.

Are you one of those bands that when they leave their city to play a concert, they think that the venue will be full because the band is from out of town?

Please, forget it and be realistic. Concert halls almost never make a good promotion of each event to be held in their venue, worrying only about hiring promoters or groups that have real drawing power, and at this point, my friends, the themes that you do will have little to do.

You can be the best in the world, if nobody knows about the concert, you will play for the waiters and nobody else because it will have been impossible to sell tickets for a concert.

Contents show
10 Keys to Sell Tickets for a Concert Marketing
MAKE EACH CONCERT UNIQUE
DISTRIBUTE YOUR GIGS
GET INTERACTION WITH CONTESTS
MAKE PROMOTIONAL VIDEOS FOR EACH CONCERT
USE THE LOCAL PRESS
CREATE A UNIQUE POSTER FOR EACH CONCERT
CREATE A BATTLE SQUAD TO SELL CONCERT TICKETS
BET HEAVILY ON ADVANCE SALES
SHARE THE CONCERT WITH A BAND FROM THE CITY
PARTNER WITH A COMPANY IN THE CITY OF THE CONCERT.

10 Keys to Sell Tickets for a Concert Marketing

What could differentiate your band’s concert tonight from the 6 other concerts in the same city? You have to present your concert as something important, part of a big tour, or special because of something specific.

All bands can do concerts, yours is an out-of-the-ordinary event and no one should miss it. You have to sell concert tickets. That’s your goal!

Give your fans a sneak preview of a surprise that they can see or get if they go to your concert. You have to create the need for them to see that concert and not another one.

If Metallica played every Thursday in your city there would come a time when you would say that you will go to the next one, that this Thursday you don’t really want to go, that they are already sold out… and things like that.

What makes you think that you can sell tickets for a concert if you always play in the same places? I recommend letting at least 6 or 7 months go by before repeating a venue.

Of course, nearby venues are better for you, but take my advice and spread out your gigs… in the long run you will have great results when it comes to selling concert tickets.

GET INTERACTION WITH CONTESTS

Contests are great for selling concert tickets. You can launch one that repeats at each concert, and several individual ones with the dates you can. The goal is to sell advance tickets and have your fans help you promote each concert.

You can give away something to those who buy advance tickets (not too big because they will have to carry it all night long), and something different to those who help you in the promotion. For promotion, Facebook and Twitter are great.

For example, you can create an event on Facebook, and tell in the text that those who share the event on their wall and invite 5 friends will be entered into a drawing for tickets, cds or a gift from the band (and you would give it to them during the concert itself for others to see).

MAKE PROMOTIONAL VIDEOS FOR EACH CONCERT

Making a promotional video of the concert doesn’t cost you anything and can be a blast on the networks.

You don’t need to use 5 cameras and spend two weeks editing it. You just have to make it interesting, and invite people to go to the concert, and recording that with your cell phone for a minute or two won’t cost you anything, but it will make each concert special and unique.

If you share the event with other groups it will be much easier to sell all the tickets for a concert. Tell them about the idea and include them in the promotional video and have them promote it as well.

USE THE LOCAL PRESS

Make a list of local radio stations, webzines, and event websites, and send them all the info. Don’t be afraid to talk to them, and ask them directly for an interview or to help you promote it. You will be pleasantly surprised most of the time, and it will be a good opportunity to sell concert tickets.

CREATE A UNIQUE POSTER FOR EACH CONCERT

Having a poster for each concert shows that each one is special and you won’t just repeat the same thing over and over again (even if it is most of the time, right?).

Here you might have to contact a friend who knows graphic design. You have to be attractive, groundbreaking… different.

You could also print a few and sign them to give them away or sell them at each concert. The concert poster will be the visible face in the networks, and you will have to use it in all the promotional actions you use, whether it is an event on Facebook, on Twitter, flyers, announcements in social networks, press releases…

You have to get the poster of each concert seen by as many people as possible to sell concert tickets correctly.

Surrounding yourself with friends is a good solution. You can get 5 or 6 of them together and meet up one afternoon to put up posters and hand out flyers.

It won’t cost them anything, and you can invite them to the concert or a pizza that night and it won’t cost much, but it will help you sell a few tickets. For concerts outside your location, you would follow the same procedure but online.

You would hand out the digital version to your team at a small party/meeting, and they would help you move it through the profile of like-minded people in the band’s style and in the city where the concert will be held. Also looking for Facebook groups of musicians in the city can be a good idea.

You have to try to sell advance tickets for all concerts.

This will assure you a reliable number before the concert starts, and those who have bought the advance ticket will surely bring more friends. You can use some venues or companies in the city of the concert, or some online sales platform. Either way, you are obliged to sell in advance all the tickets for a concert.

SHARE THE CONCERT WITH A BAND FROM THE CITY

The priority here is given to bands that are better known or that also work hard on promotion. If your band gets 50 people and the guest band gets 100 people, it’s worth it, isn’t it? Choose the band well because many times you will find bands that don’t really take it seriously and just see a gig fall out of the sky, and they don’t do promotion, get people or anything…

PARTNER WITH A COMPANY IN THE CITY OF THE CONCERT.

If you manage it with time and well, you can look for some local company or medium to try to partner with them.

You can include their logo on the poster and flyers in exchange for their help with the promotion (they can give you an item to the raffle, for example).

It would be for that night only, but if it goes well, it could be repeated when you return to close concerts in that city. The important thing is that your partner writes a few lines of the event on their website or social profiles, or pays for your gas or any help you deem appropriate.

If you sell out a respected venue, everyone will notice, and they won’t miss the next gig you play at their location. 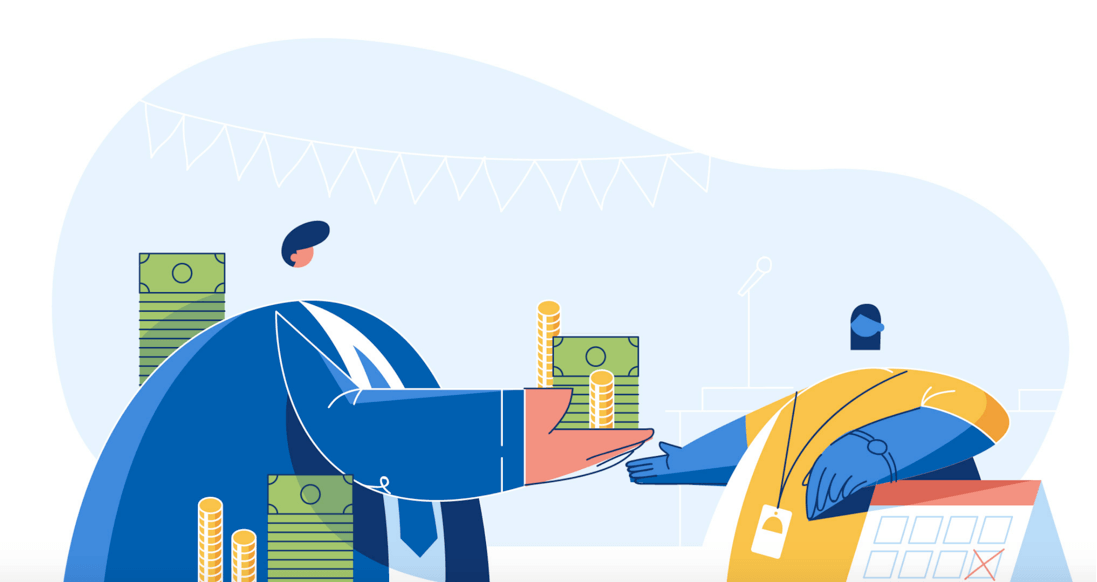