Are you looking for the most hilarious bee puns? Look no further as you have come to the right page. Here, you will find one-liners and bee jokes that will make everyone around you giggling. These cute bee puns are all funny that you will cackle just by reading them. Find the right bee-related jokes that you can share with your family and friends.

As you know, the bee is one of the polarizing insects. Some people even collect them for a specific purpose, while others try to avoid them. Whether you fear or admire these insects, you must agree that delivering some bee puns at the right moment is always appreciated. However, if you are having a chat with someone who hates puns so much, then your puns might never welcome.

Puns are generally a type of wordplay that uses a word or a set of phrases with the same sound but have multiple meanings. Not everyone possesses the ability to deeply understand such wordplay. It takes only particular people to get the jokes even though puns are infamously known for being stupid jokes for those who dislike them.

According to the Intelligence journal 2011, puns are types of wordplays correlated with one individual’s mating and mental ability. Others also argue that puns allow individuals to communicate in a more effective and economical manner. So, are you interested in deploying your own bee-related puns? Below are the tips to tell funny bee puns like a pro.

Bee-based Puns to Make Your Day 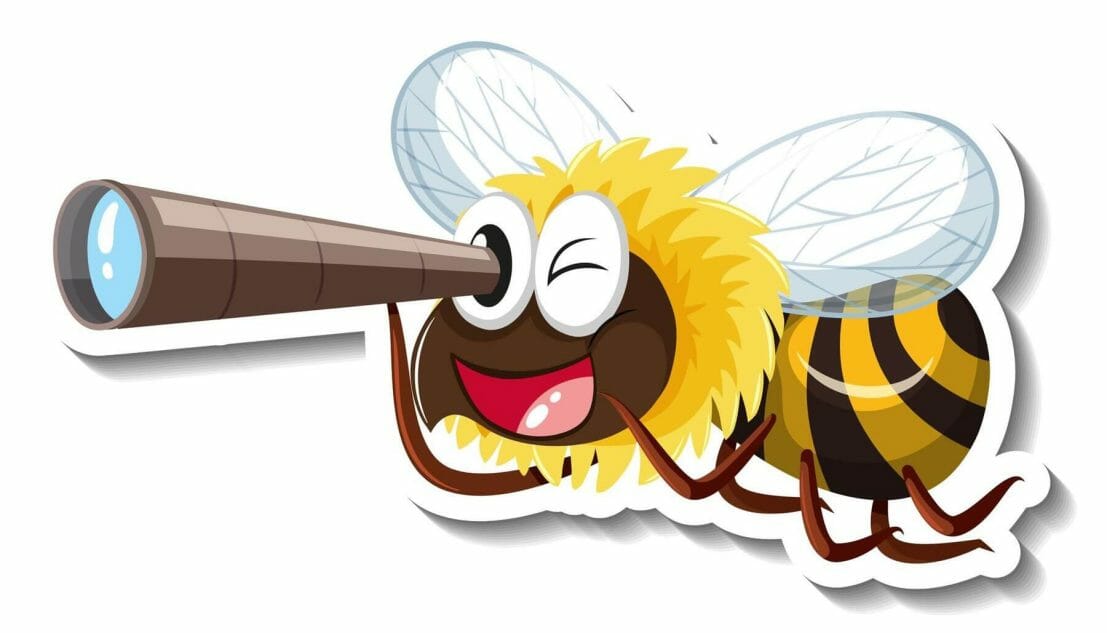 A family gathering is one of the best moments to have some small talks. However, some of the best conversationalists even don’t know what to do to quit the monotonous chats. If you are surrounded by humorous people, then count yourself lucky since you have the chance to make them giggle with your bee-based punny jokes.

The bee that resides in America is called a USB.

Why do bees get married? Because they found their honey!

Where do worker bees go on vacation? Sting-apore.

Only bees who are on their best bee-havior, get to go to the hive and make honey.

What did one bee say to the other when they landed on the same flower? “Buzz off.”

Just like humans, bees love the honey-moon part of their relationships more than anything else.

What do you call a bee that was born in May? A may-bee.

As soon as the bees were finished making their hive, they threw a big house swarming party.

The worst part about getting stung by bees? Tomorrow you’re going to have to take care of those hives.

The male bee was such a romantic, he kept pollen in love with all the female bees.

What is the last thing to go through a bee’s mind when it hits a windshield? Its stinger.

What do you call a bee that’s a sore loser? A cry bay-bee!

They asked the beekeeper to move his business out of town because he was creating quite a buzz around town.

Bees can fly in the rain if they are wearing their little yellow jackets.

Who is a bee’s favorite singer? Bee-yoncé.

What do you call bees that constantly drop things? Fumble bees!

When you cross a doorbell and a bee you wind up with a hum-dinger.

To bee or not to bee, that is the question.

A wasp is nothing more than a wanna-bee.

Go away, I want to bee alone.

We were always meant to bee.

I know that I have never seen a hummingbird, but I certainly did see a spelling bee.

No one at the party wanted to hear that big bee talk about himself. But, he just kept droning on.

A bee that will not stop eating will eventually become a little chub-bee.

What did the one bee say to the prankster bee? “Quit pollen my leg.”

What’s a bee’s weapon of choice? The beebee gun.

What does the professor bee say when a student asks a question about the course? “It’s on the sylla-buzz!”

What do kiddo bees take to school? The school buzz.

Bee puns are good for your health. Why? Because they give you a dose of Vitamin Bee!

A smart mathematician knows exactly what a rhom-buzz is.

Meanwhile, the swarm of teen bees all loved The Beatles and their “Let it Bee” album.

Bee the change you want to see.

How did the bumble bee lose an eye? With a beebee gun.

If you are looking for some ideas, the bee puns list below can be your guidance. Some of the puns might be hilarious, foolish, or just funny as the way it is. 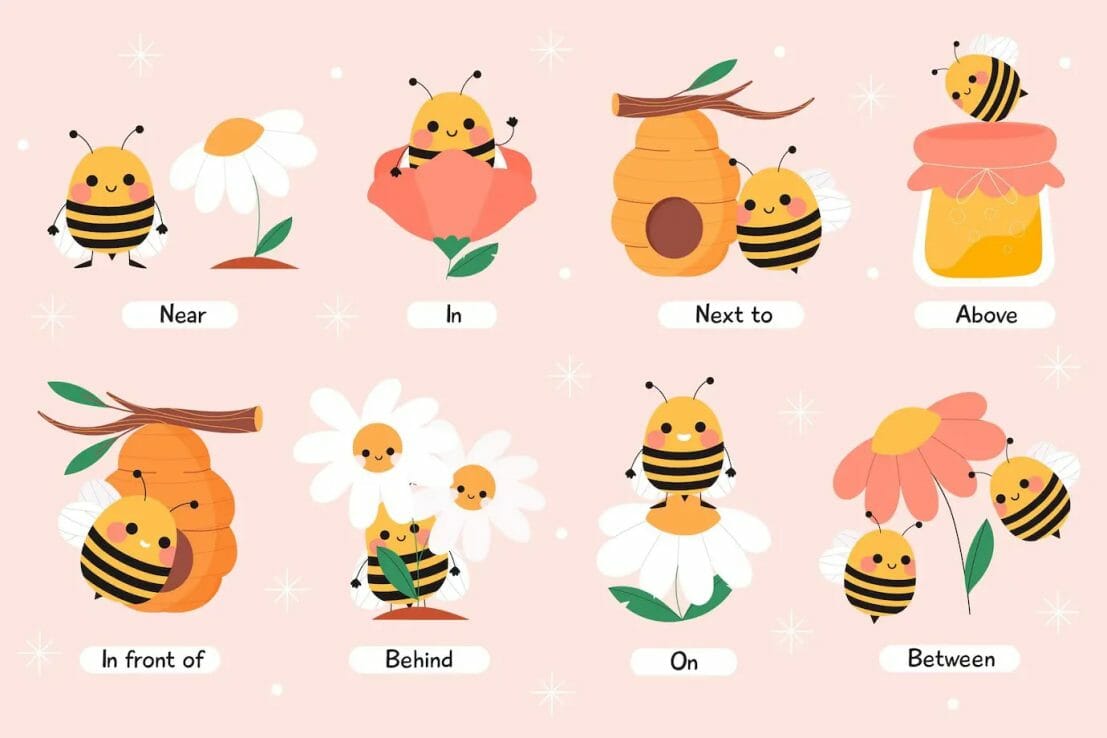 While some people in your family consider you a humorless person, you can prove them wrong by telling them your most witty bee-related jokes. Make the most of the funny puns below to share at your family gathering.

While a bee is sitting in your hand, beauty is in your eyes. This is because beauty lies in the bee-holder’s eyes.

The only one who can protect the Queen Bee is her hub-bee.

Bees style their hair with a honeycomb.

What do you call a bee who speaks too softly? A mumble-bee!

A bee’s favorite sport is rug-bee.

While talking about music, there is a relation between the pop band Bee Gees and the bees out there.

The Queen Bee can be perfected by none other than her hub-bee.

A bee that is proficient in mathematics knows precisely what a rhom-buzz happens to be.

A bee is going to style his hair using a honeycomb.

The blood type of any elated bumblebee happens to be bee positive.

That particular bee is quite buzzy on his job and he definitely deserves promotion at his work.

The bee kids are going to go to their school by the school buzz.

The single bee eventually tied the knot since he came across his honey.

After finishing making the hive, the bees hosted a big swarming party for the remainder of the group.

Only those bees with the best bee-havior are allowed to go to the hive and prepare honey.

A tiny chub-bee happens to be a bee that is not going to stop consuming.

All the bees simply love their relationship’s honey-moon part more than other things.

Bees are capable of flying when it is raining in case they put on their tiny yellow jackets.

A bee that’s been put under a spell has been bee-witched!

The frisbees happen to be the one item which the bees do not forget to bring along with them to the sea beach.

What did the bee say to his girlfriend? “I can’t help pollen in love with you.”

The benefits of having a hive is un-bee-lievable.

Here’s my number. Give me a buzz and I’ll bee yours.

Give me a hive five!

The start of a relationship is always the sweetest.

Let’s make a bee-line for the bedroom.

What do you call a bee having a bad hair day? A frizz-bee.

What do you get if you cross a bee and a skunk? An animal that stings and stinks.

What did the sushi say to the bee? “Wasa-bee.”

Remember, if you offend an audience of beekeepers you may hear some veiled threats.

What did the businesswoman say? “We’re in bees-ness now!”

A combination of a bumblebee and a race dog will give you a Greyhound Buzz.

What did the teacher say to the bad bee? “Bee-hive yourself.”

The only thing more dangerous than being with a fool is fooling with a bee.

Why was the bee fired from the barbershop? He only knew how to give a buzz-cut.

When a bee is in your hand, what’s in your eye? Beauty. Because beauty is in the eye of the bee-holder.

The bee bank robber said to the tellers, “Your honey or your life.”

The talkative bee earned a reputation as being blab-bee.

What did the bee girlfriend say in return? “Hive never felt this way bee-fore.”

That bee certainly deserved the promotion at work, he was always so buzzy on the job.

We always buy our natural honey from the same bees because they always give us their swarm wishes.

The worst part about getting stung by bees is that the following day you are going to have to take care of those hives.

I know that I have never seen a humming bird but I certainly did see a spelling bee.

The younger generation of bees love the musician Sting.

All bees love the honey-moon part of their relationships more than anything else.

A bee who is good in math knows exactly what a rhom-buzz is.

A bee styles their hair with a honeycomb.

The talkative bee earned a reputation as being a blab-bee.

Wasp are you talking about?

You’re talking too quietly. Don’t be a mumble-bee!

The swarm of teenage bees all loved The Beatles and their “Let it Bee” album.

Only bees who are on their best bee-havior get to go to the hive and make honey.

As soon as the bees were finished making their hive they threw a big house swarming party for the rest of the group.

That bee is talking too quietly, it must be a mumble-bee!

That single bee finally got married because he found his honey.

Bee children take the school buzz to get to school.

Remember, bee puns are good for your health, they give you a dose of Vitamin Bee!

The one item the bees never forget to bring to the beach are their frisbees.

The bee bank robber would always tell the bank tellers “Your honey or your life.”

Why did the bee want to use the phone? To say hi to their honey.

The only thing more dangerous that being with a fool is fooling with a bee.

A combination of a bumble bee and a race dog will give you a Greyhound Buzz.

What is a bee’s favorite part of a relationship? The honeymoon period.

What do you call a bee that needs a drink? Bee-hydrated.

What did the bee say to the flower? “Hey, bud!”

Which bee gives you a second chance? The plan bee.

What do you call a bee that works for the government? A pollentician.

What would bears be without bees? Just ears.

Why do bees do so well in job interviews? They know all the good buzzwords.

What do you call a bee that doesn’t cost anything? A free-bee.

What do you call a bee that’s returned from the dead? A zom-bee.

What do you call a ghost bee? A boo bee.

What do you call a bee that can’t make up its mind? A may-bee.

What’s the one thing bees never forget to bring to the beach? Fris-bees.

Female bees have a particular affection for ru-bee rings.

What did the bee say to the prankster? “Quit pollen my leg!”

Being young is not all it’s cracked up to bee.

The teacher kept telling the naughty bee to bee-hive himself or she would call in his parents.

Although you might not be the funniest person in the family, all your relatives will undoubtedly be surprised by you the moment you show off these honey bee puns. You can either simply use the puns or use them as an inspiration to make your own.