Egg may not seem like an interesting and hilarious topic to use on jokes, but it actually is. There is an abundance of egg puns to use as egg-cellent humor sources. If you’re looking for some ideas, then you will find some of the best funny egg puns here in this article.

Beyond the jokes, egg is extremely popular food sources as well. Do you know that based on the data research in 2014, an average person in the world consumes 179 eggs per year? Asia has consistently become the top of the egg supplier across the world since 1998. It was also predicted that the share of supplied eggs from large farms to rise from 4% to 30% in span of 2006 to 2020.

If you love yourself some good eggs to eat, read some fun facts about it below:

Whether you’d like your eggs in the morning to be fried, poached, or hard-boiled, the egg puns ideas can be as versatile as the ways to prepare them for breakfast in the morning. Here are the list of puns and one-liner jokes related to eggs to read and share. 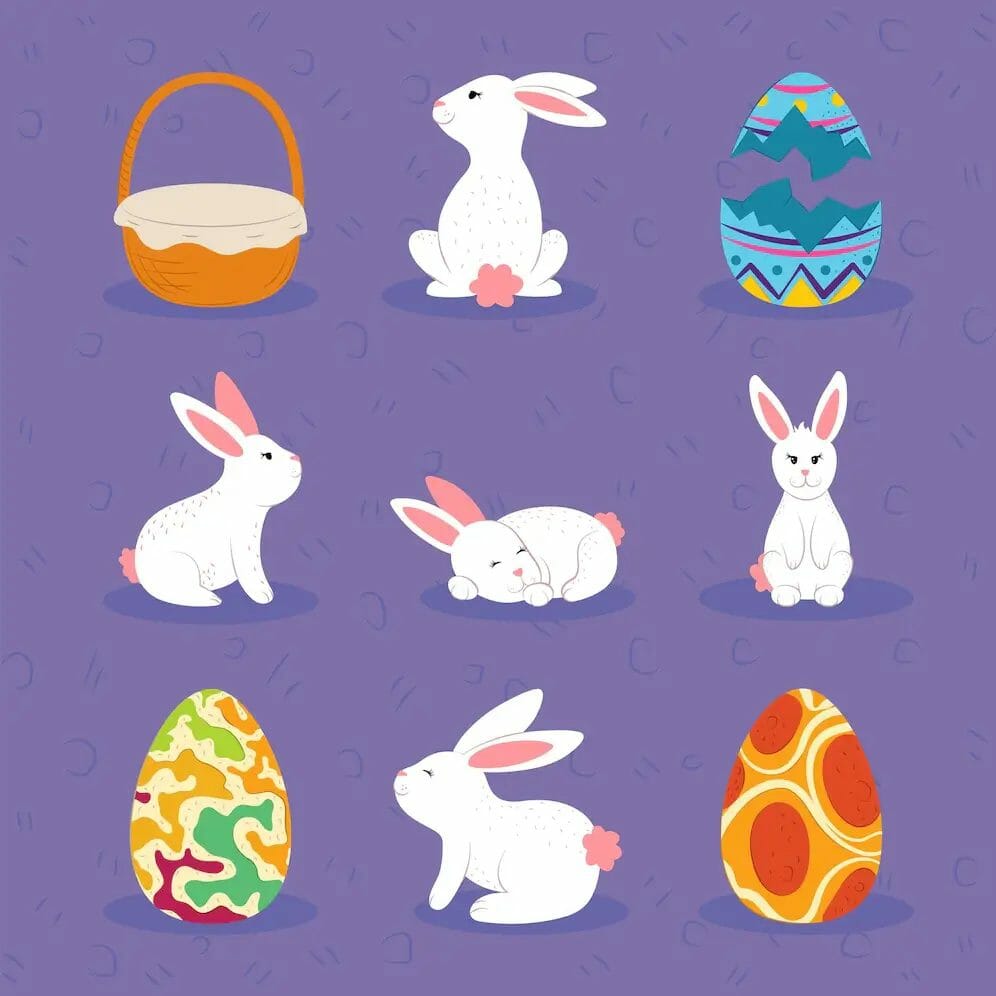 Egg is a popular object during Easter because of the hunting tradition. Below you will find the list of egg puns to be used during this fun holiday. It can be shared to the kids, during the dinner for everyone on the table, or to be written on Easter cards.

Easter is here: it’s do or dye.

Easter celebrations are a great way to get people out of their shells.

I have so many egg puns, it’s not even bunny.

I need to eggs-ercise off all this chocolate.

Not decorating any eggs today? Yolk’s on you.

Look on the sunny side: It’s Easter!

I’ve been dyeing to decorate some Easter eggs!

What do all the eggs want to do when the egg hunt starts? Scramble!

That’s all for Easter Sunday, yolks.

All these Easter puns crack me up.

I need to shell out for some more Easter chocolate!

Way too egg-cited about this eggs-cellent holiday.

The Easter Bunny must get a lot of eggs-ercise.

How was your Easter? I’m dyeing to know.

Let’s hope these Easter eggs are all they’re cracked up to be.

Happy Easter to the person who brings me out of my shell.

Happy Easter to my cuddle bunny.

Every bunny need some-bunny to love!

Without you, I’d go off the peep end! 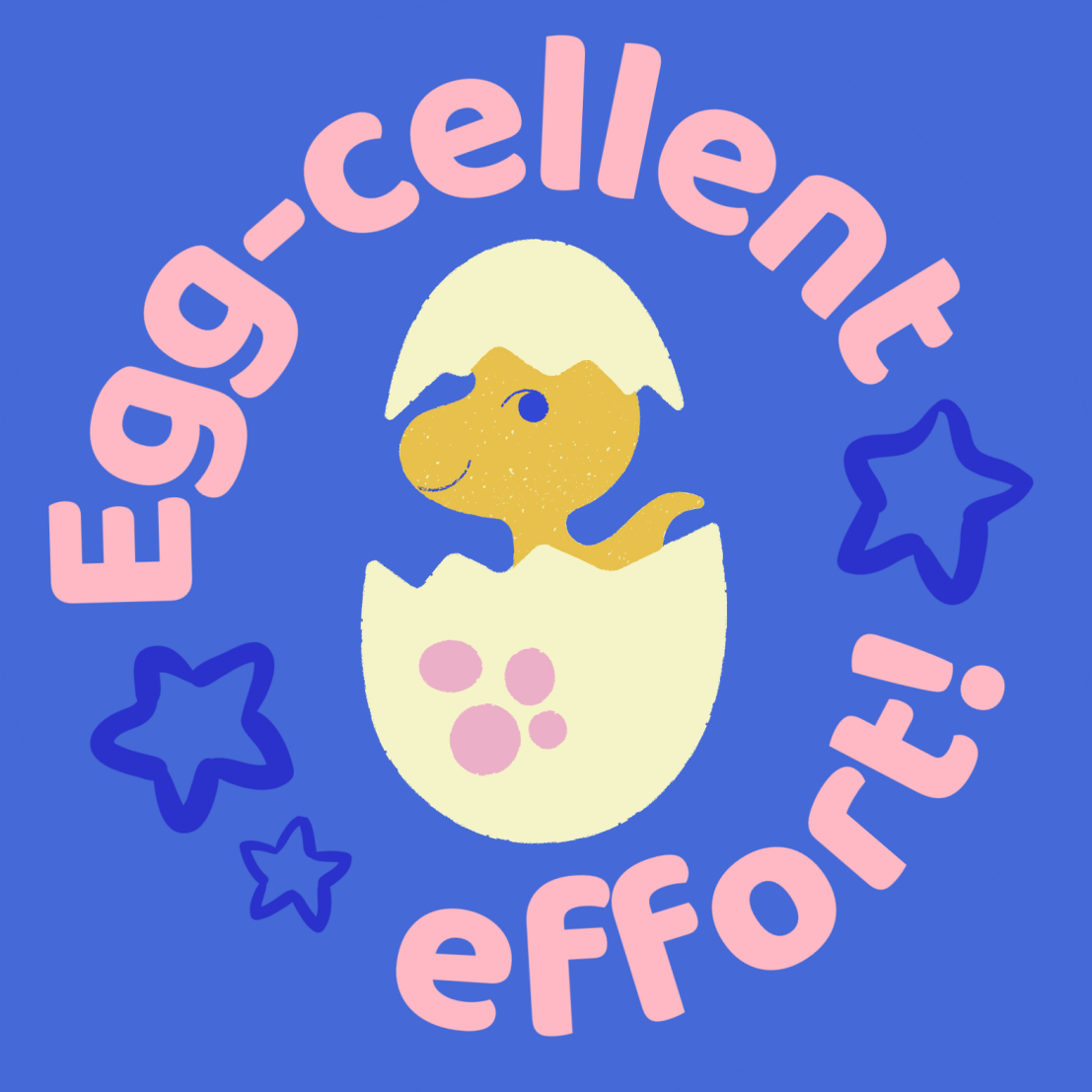 The eggs went to attend their school since they wanted to become egg-ucated.

The chef is considered by the hens to be absolutely mean since he is known to beat the eggs.

The guy that consumed lots of eggs was called egg-holic.

The lethargic hen ended up laying the egg on an axe since she was expecting of hatcheting early.

You comprehend that it becomes hot in the barn once the hens begin to lay eggs which are hard boiled.

The chicken had been using fowl language and so the mom hen cleaned his mouth.

The hilarious stuff regarding bewildered chickens is the fact that they lay scrambled eggs at all times.

I faced lots of issues preparing a hard-boiled egg since I was not capable of cracking it initially.

The sprinter is scrambling for fresh egg jokes at all times for telling his buddies at the school.

The chef got detained this particular week because he beat the eggs and also whipped the cream.

The egg took the decision of crossing the road such that he would be capable of reaching the Shell station.

The egg ended up crossing the playground since he was making an attempt to reach the reverse side.

The hen was capable of getting to work very quickly since she made use of the eggs-press lane.

The hen said to her chick not to egg-nore her.

The egg did not succeed at the driving test since he was fond of egg-celebrating a lot.

It is feasible to have only one egg on an empty stomach since your stomach will not be empty anymore after that.

Eggs Puns to Put on Your Instagram Picture Captions 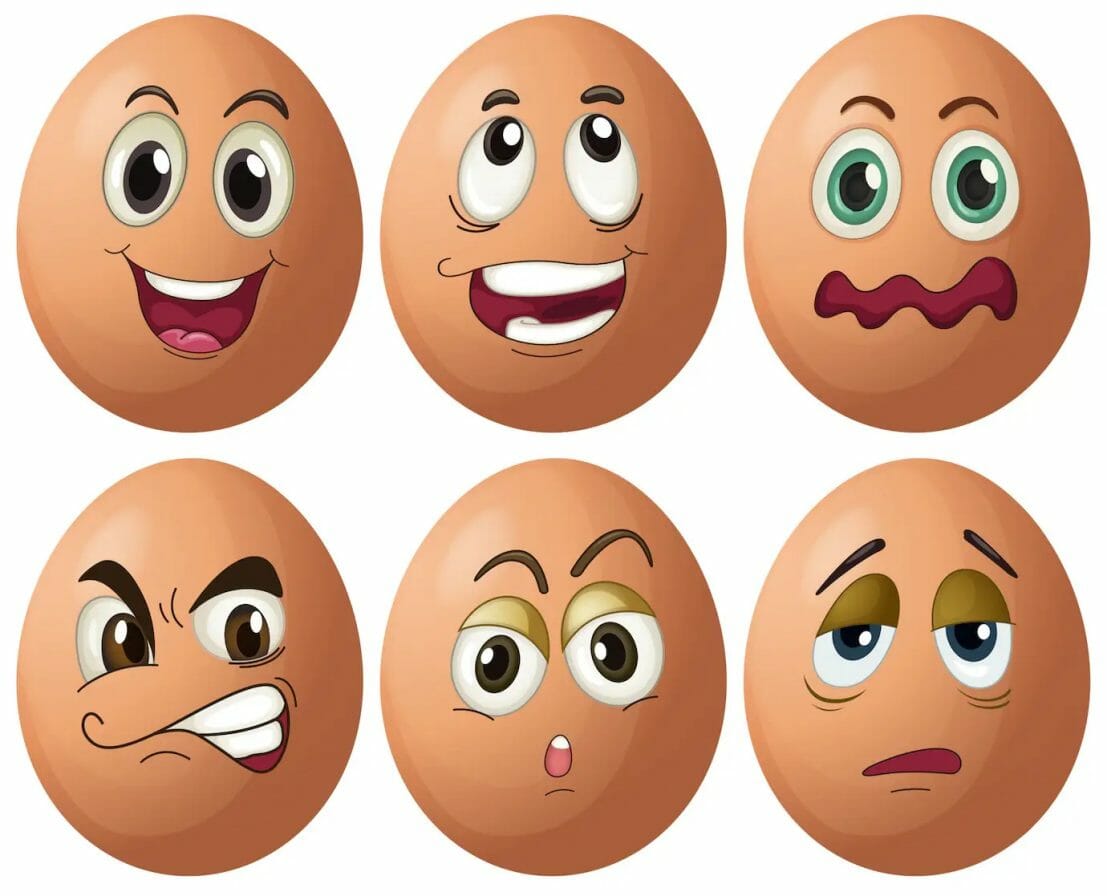 Not only it tastes awesome, but egg also provides a lot of opportunities to create hilarious puns. Here are some of the best egg pun jokes that are bound to make everyone who read or hear them to crack up. You may put them up as captions on your egg-related Instagram pictures.

Did you hear the joke about the egg? It’s not all it’s cracked up to be.

Way too egg-cited about this holiday.

Not decorating eggs today? Yolk’s on you.

Quite literally putting all my eggs in one basket.

That’s all for Easter Sunday, yolks.

There is nothing better than a friend, unless it’s a friend with chocolate.

A balanced diet is chocolate in both hands.

Ears to a great Easter.

Eggs Puns Jokes and One-Liners to Tell Your Friends 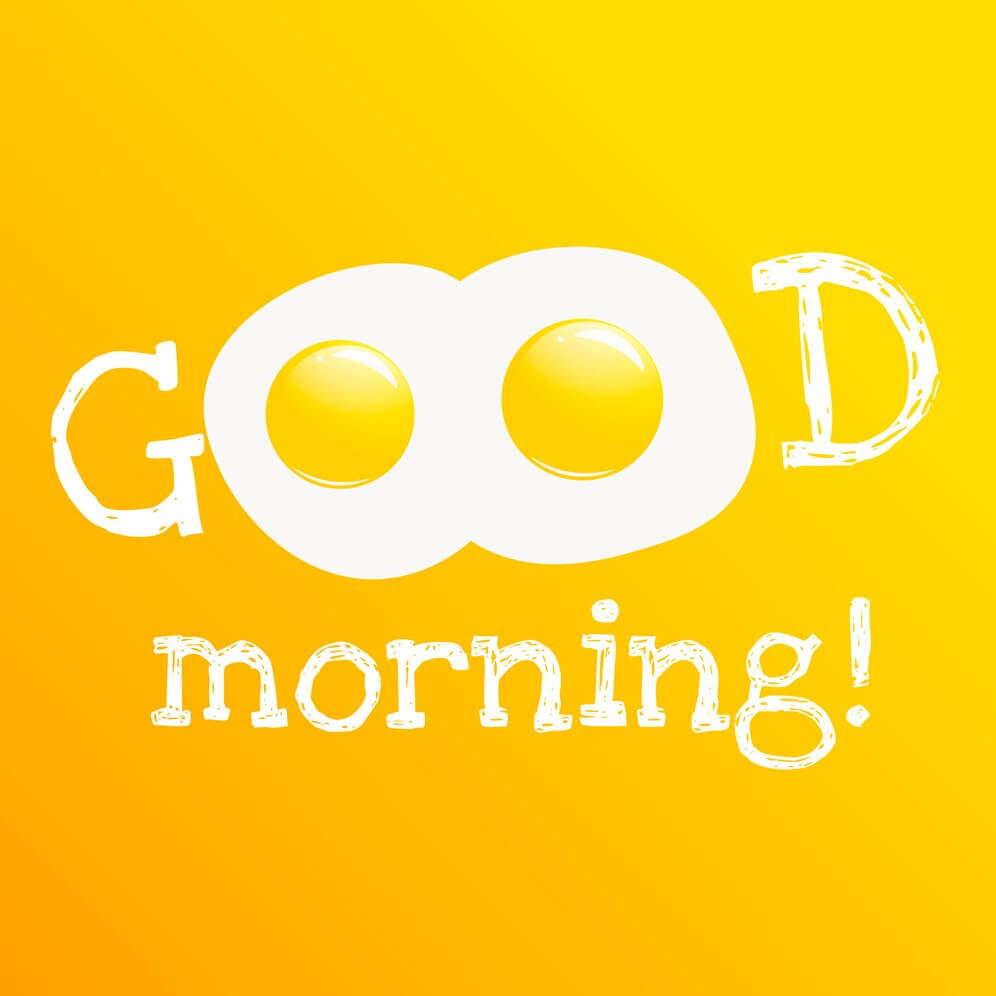 Looking for ideas of great jokes, puns, and one-liners about eggs? Here is list of them that will make your friends and family crack a smile and make their mood to be better.

Why did the egg regret being in an omelet? It wasn’t all it was cracked up to be!

Why did the new egg feel so good? Because he just got laid!

What did the egg say after it was ghosted? Why the hell are you egg-noring me?

Why were the eggs running so fast? They were afraid of being beaten!

What did Snow White name her hen? Egg White!

What happened 6 months after Humpty Dumpty’s great fall? They had to eggs-hume the body!

What does the stove say when you turn the gas on? Om-lit!

What did the eggs say to each other after a long week at work? Thank goodness it’s fry-day!

What must you do after eating deviled eggs? Perform an eggs-orcism!

What advice did the wife give to her husband whilst he was making meringues? Make sure you don’t over-egg the pudding!

What do you call a boy who works on a poultry farm? HENry COOPer!

What happens to a runner if they don’t do enough eggs-ercise before a race? They get scrambled legs!

Why doesn’t the boiled egg get tired after egg-certing energy? Because he’s hard-core!

Doctor doctor I feel like I’m turning into a hen! Lay over there and I’ll egg-xamine you later.

What do you call a couple who love egg and bacon tarts? Keith, Lorraine

How do you know if you’ve got a rotten egg? If it’s past its egg-spiry date!

Where is the world’s largest art egg-xhibition? In New Yolk!

What did the police say when they captured the chicken poacher? You’re under a-nest?

Why were the chicks so badly behaved? Because their parents let them run a-cluck!

My husband has always been a practical yolker, so I hid an egg in his hat and now the yolks on him!

What do you call a girl who’s always peeling eggs? Shelly Hands!

Doctor, Doctor. I’m fried! That will be the egg-haustion.

Why do so many people love a boiled egg for breakfast? It’s so hard to beat.

Why were the eggs running so fast? They were afraid of being beaten!

What did the egg say after someone bumped into her? Egg-scuse me!

How did the omelet find out she was ill? She had a medical eggs-am!

What do you call a man with an egg on his head? NESTor!

Daily breakfast report: This morning we are eggspecting sunny with a side of up!

Never put all your eggs in one basket, it makes it far too easy to be eggsploited!

Why did the scientist abduck-t so many birds? So she could conduct eggsperiments!

I tried running a breakfast cooking club for beginners, but it was like teaching my grandmother to suck eggs!

Why were none of the chicks interested in the rooster? Because he was cocky and he had a big eggo!

Why is the cock always walking on eggshells around the hen? Because she’s egg-stremely sensitive!

Why did the cockerel have egg on his face? Because he was always getting egg-nored!

What do you call a guy who’s bad at picking up chicks? Unplucky!

Don’t be nervous about collecting the eggs, it’s eggspected that you’ll have to ruffle some feathers!

Why did the hen get such a good score on her egg-xam? Because it was over-easy!

When it comes to cooking eggs, it all boils down to… hot water.

Why wasn’t the boiled egg eggs-pelled from school? Because the teachers had a soft spot for him!

Doctor, Doctor. Everyone always tells me I’m too cagey. Sounds like you need to open up and eggs-press yourself!

The little chick was so egg-cited to perform in the school play, but as soon as it started he got stage-fried and scrambled his words!

How did the whisk win the Egg-Cup Championship? By beating the eggs!

Doctor, doctor. I feel like I’m non-eggsistent! Next egg, please!

Why did Mr Dumpty fail the police interregg-ation? Because he cracked under pressure!

What do you get when a farmer mixes up his poultry and his vegetables? An egg-plant!

Why did the Easter egg hide? He was a little chicken!

What do you call a smart omelet? An egg head!

What’s the worst crime as far as an egg is concerned? Poaching!

How does the Easter Bunny stay in shape during the off season? He gets lots of eggs-ercise!

How do you make an egg roll? Just give it a little push!

How does the Easter Bunny feel after she’s made all her deliveries? Eggs-hausted!

What was the motivation egg speaker’s slogan? Sunny side up!

What did the angry egg parent say to her child? You’re such a rotten egg!

What did the egg say to the clown? You crack me up.

How do you know if a chef is mean? He beats all the eggs.

What sport are eggs best at? Running.

How does a hen leave it’s house? Through the eggs-it.

How would you describe a baby egg on Christmas morning? Absolutely egg-static!

What did the officer say to the egg after he pulled it over for speeding? Omelettin’ it slide this time.

Why did it take the chicken so long to cross the road? There was no eggs-press lane!

Did you hear about the hen who laid her egg on an axe? She wanted to hatchet.

Why should you be careful about what you say around egg whites? Everyone knows they can’t take a yolk.

Who doesn’t love a good and funny pun? Hopefully, these egg names puns and jokes will be able to help you to smile or to simply break the ice by making small talks with strangers on the supermarket’s dairy aisle. 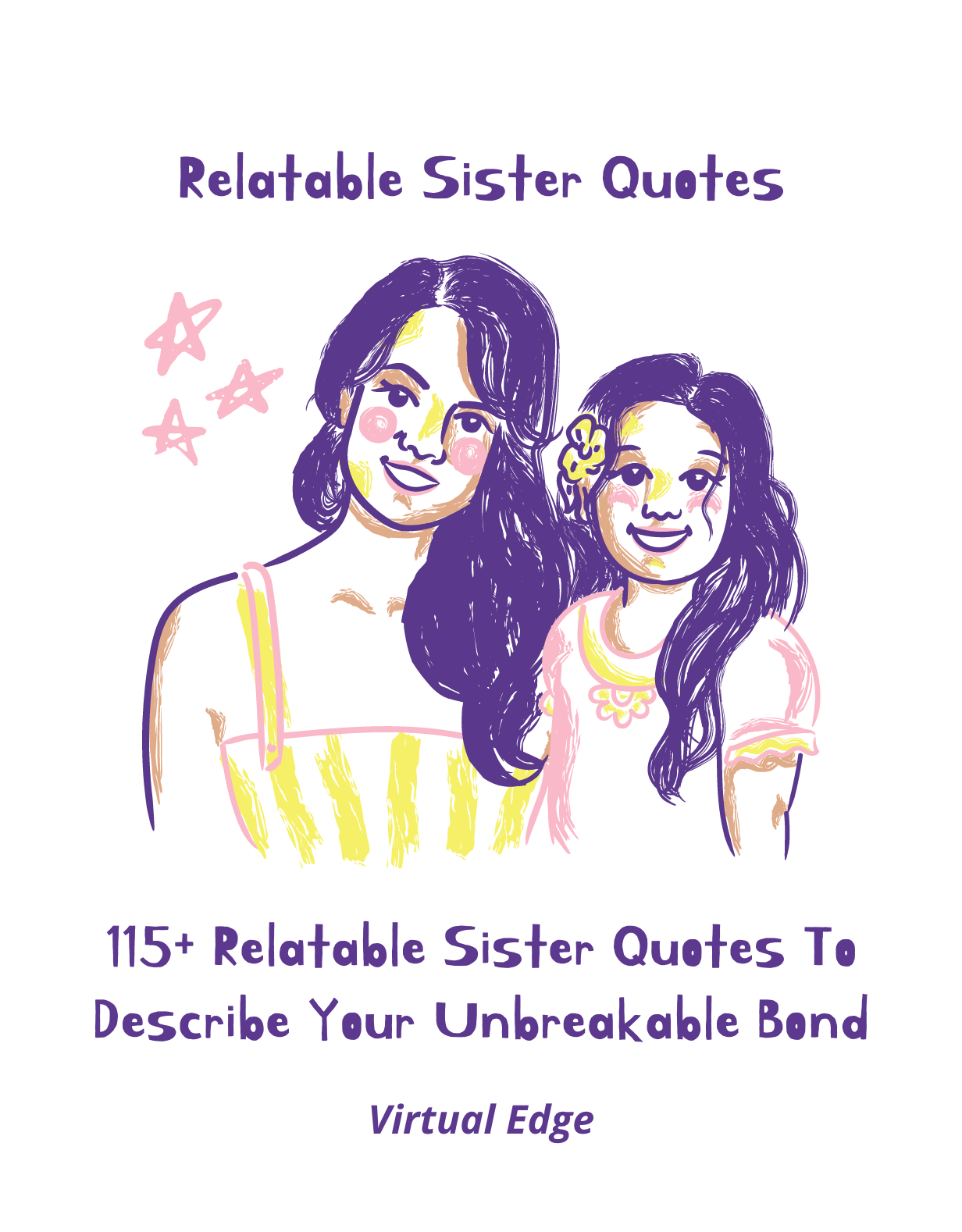 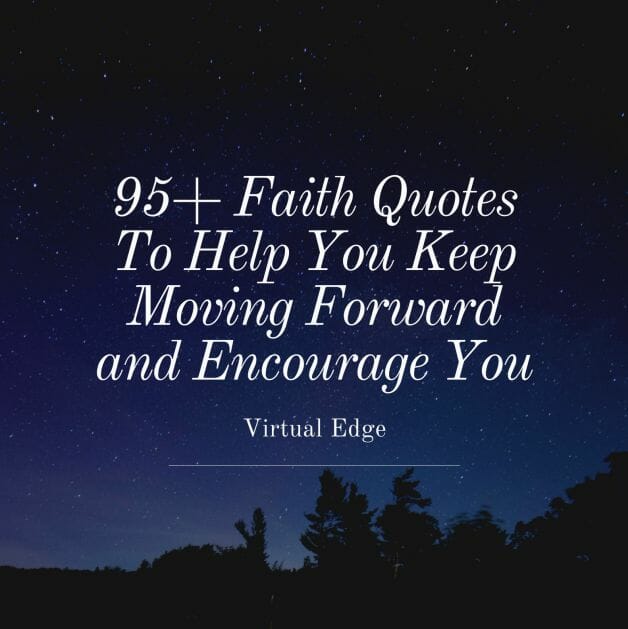 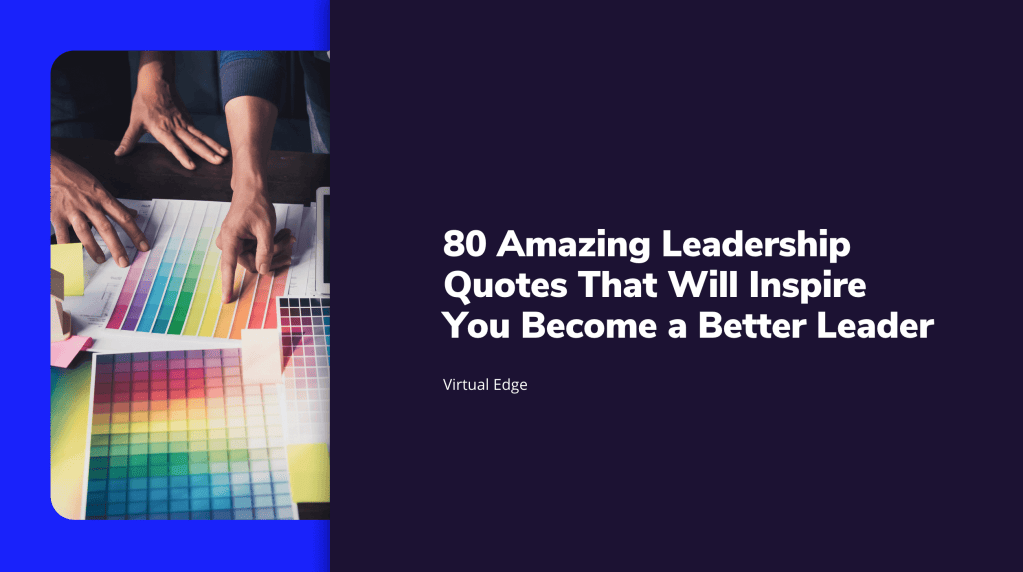