It doesn’t matter whether you are just a simple carb enthusiast, an amateur baker, or a seasoned chef – these bread puns are going to make you smile because they’re hilarious. The best thing about this list of bread puns, is that it’s never going to get stale.

Bread is a food that has survived a long history of human civilizations with maintaining its significance, partly because it is so widely accessible and provides good nutrition. According to a data in 2006, the global market of bread has grown to reach 122 million of tons, and then at 2011 it increased to 125 million of tons. Despite the economic fluctuation for years, and decades, and millennia, its market constantly grows.

Similar to how bread has many health benefits for you, so does the puns. Here are some of the puns’ benefits:

Crumby bread puns are not exist, only the hilarious and funny ones! They are worth to be shared with your family or friends who love to eat bread. Read the following list that has puns to read again and again. They may make you crave for some bread, because let’s be honest, bread is delicious and it’s perfect to be eaten at any times.

Best Bread Puns That Are Hilarious 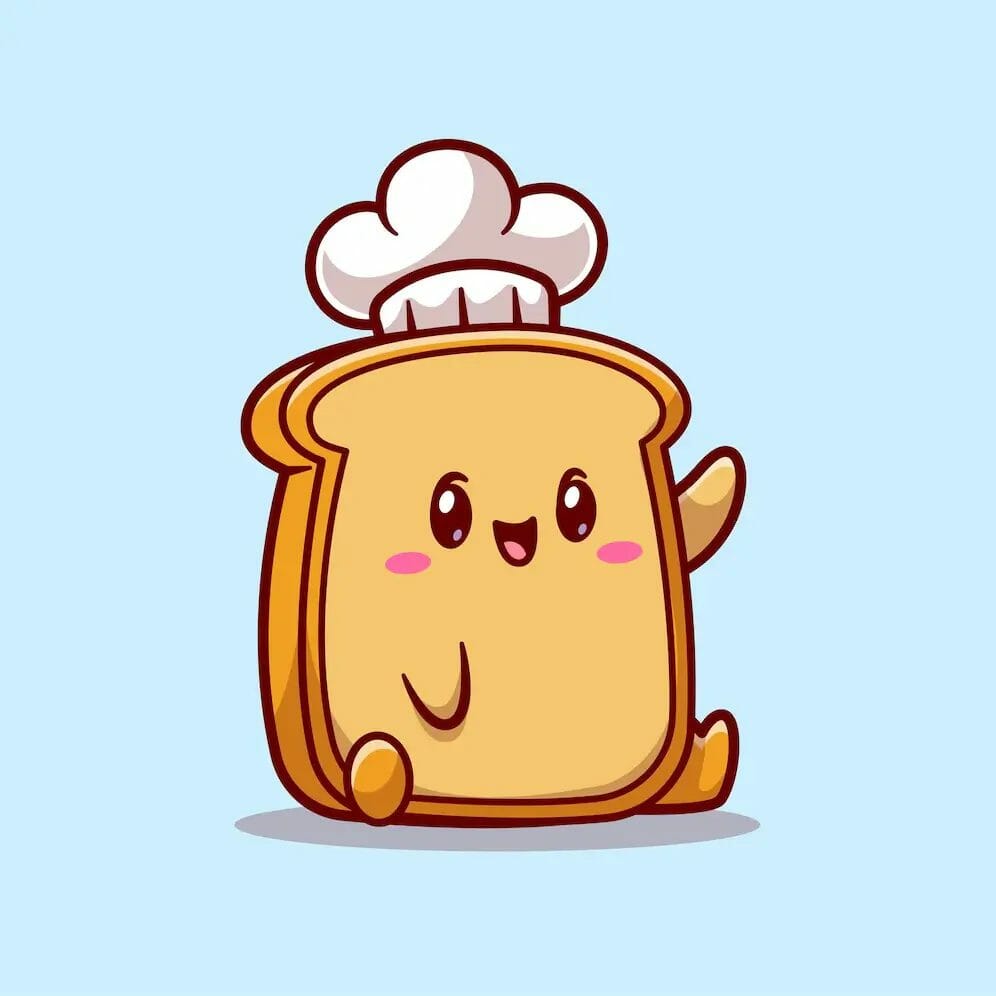 What’s the most sophisticated kind of bread? The upper crust.

What did the banker want from the baker? To pump her nickels.

Why was the slice of bread upset with her husband? He told her she was being too kneady.

Why was the chef surprised that anyone like her bread? She thought it was crumby.

What did one bread lover say to the other? Before I break down and rye, I want you to know that I loaf you.

What does bread say to a friend after doing them a favor? It’s the yeast I could do.

How does bread win over friends? “You can crust me.”

Why does bread looks so bad in photographs? It’s just too grainy.

How do you get a raise at the bread factory? Butter up your boss.

Why did the aging bread roll retire? Her career was already toast.

What’s the worst thing about a bread pun? It tends to get stale.

What did the piece of toast say when he discovered his fate? You butter be kidding me

Why didn’t the person on a gluten-free diet stay at the B&B? It was a bread and breakfast

What’s the only bin you’d throw something delicious into? A bread bin

What did the public say when they invented the toaster? That’s the best thing since sliced bread

How do you make dog bread? Just use collie flour.

What did mama bread say to her kids? It’s way past your breadtime!

How does bread woo a lover? With lots of flours.

Why does bread hate hot weather? It just feels too toasty.

What do bread kids say during hide-and-seek? Bready or not, here I crumb!

What did the toast say to the psychic? You bread my mind!

Why was the bread actor so unhappy? She lost out on a juicy roll.

Why did the man keep punching his doughy friend? To get a rise out of him!

Why did the baker file a sexual harassment claim? People kept commenting on his hot buns.

Why was the loaf of bread upset? His plan were always going a rye.

What does a loaf of bread say when breaking up with his girlfriend? You deserve butter. 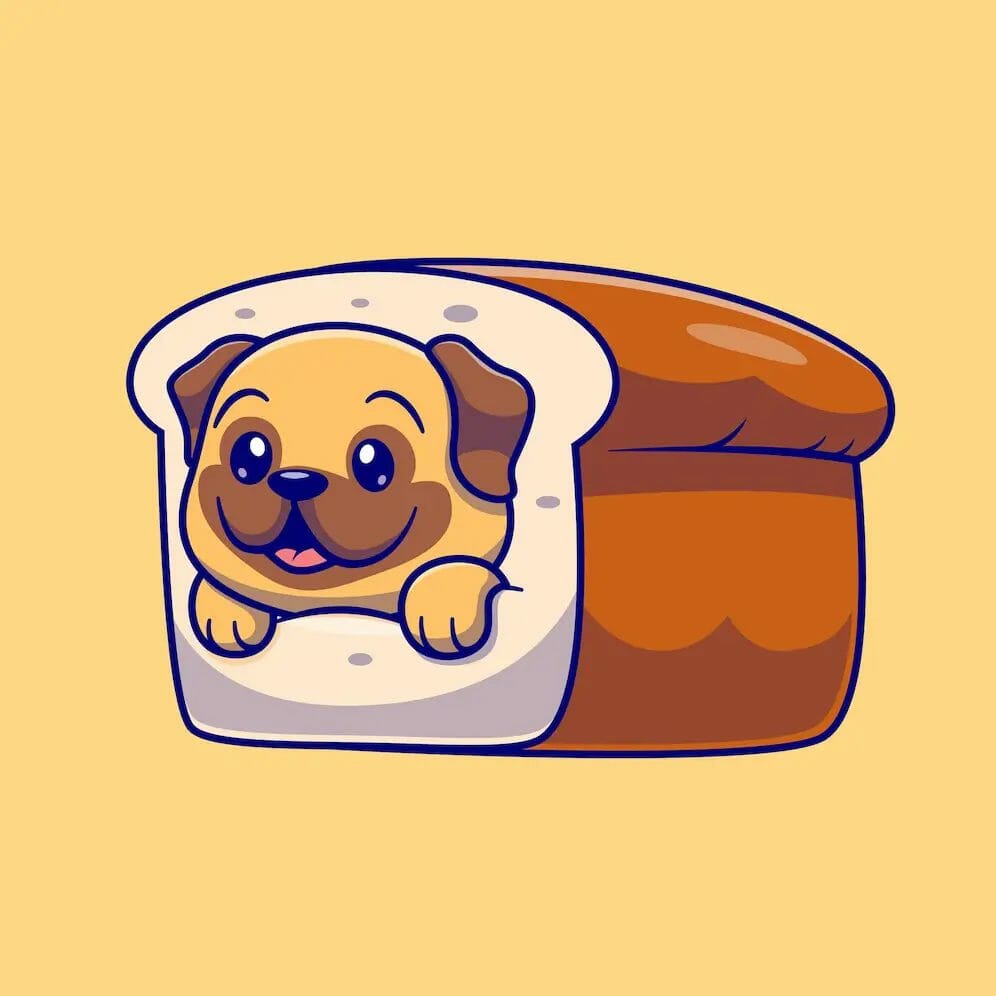 It is hard to find someone who doesn’t love bread. Whether you use one to dip in your sauce, to make lunch sandwiches, or to feed cute ducks at local park pond, here are some laugh-inducing bread puns jokes, which are fresh baked just like how you like your bread.

Bready or not, here I crumb!

Gotta risk it for the biscuit.

Wheat it and weep.

You’re the apple of my rye.

That sour loaf kneads to be punished.

Ciabatta stay away from me.

Did you know that pilgrims baked bread on the May-Flour?

Business at the bakery is on the rise.

Baking is a labor of loaf.

Don’t worry, you can crust me.

It’s a shame that bread puns are always so crumby.

The flour got in trouble, so his mama sent him to bread early.

Don’t be so sour, dough.

I’m headed to mail a loaf of bread at the toast office.

I hear sourdough is on the rise.

Gosh, my sourdough starter is so kneady.

Next time you need a loaf, challah at me.

The two slices of bread decided to leave the bakery. I heard that they wanted to grow mold together.

I don’t want naan of that.

Before I break down and rye, I want you to know that I loaf you.

I don’t know why, but whenever I take a photo of my loaf of bread, it comes out grain-y.

Why was the baker feeling anxious? Because he was in a loaf or death situation!

What do you call a rabbit who has spent too long in the sun? A hot cross bun-ny.

What kind of bread does Dr Who not like eating? Dalek bread.

What do you call sourdough that’s been baked by Shakespeare? Poet-rye.

Why did the roll go to the doctors? It was feeling really crumby.

What is the best way to get a rise in pay? Ask for more dough!

Heard the one about the loaf of bread who was sad? He had a break down and rye, then he felt much better.

I’d tell you the joke about some butter on a piece of bread – but you might spread it around.

Bread Jokes to Tell to Your Friends 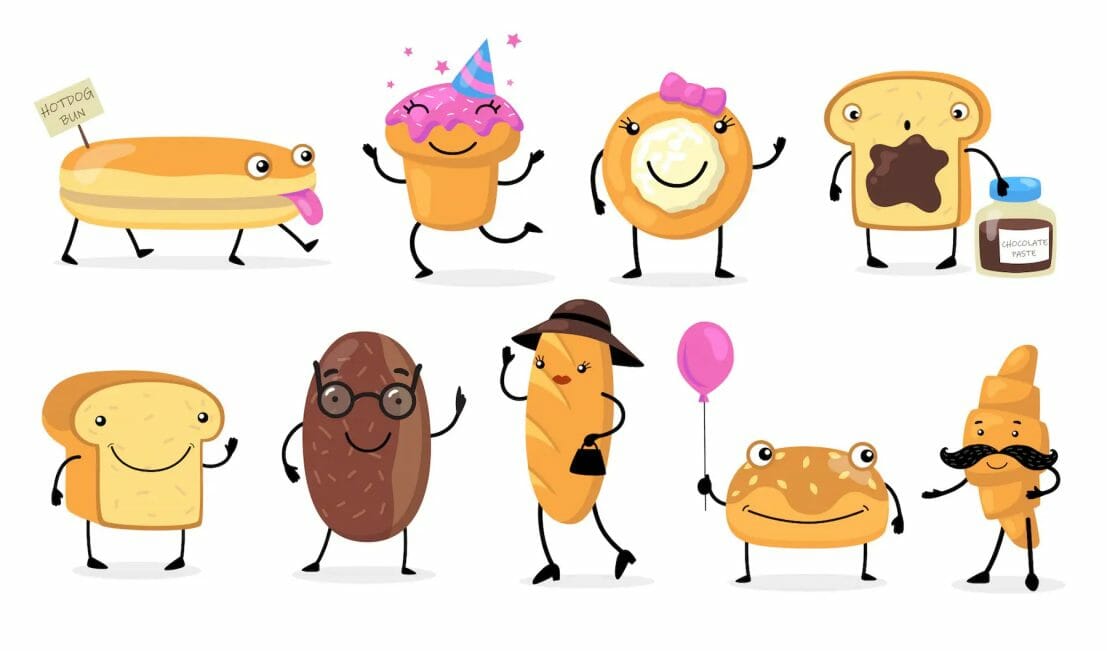 The world of bread and baking possess infinite amount of potential to be wordplays. You can find or make puns easily from all of the bread varieties out there. If you need some of the best puns and jokes about bread, use the list in the following.

Why does bread hate Southern summers? The weather is too toasty.

What did the toast say to the psychic? You bread my mind!

My coworker asked if I liked toast. I told him it is my yeast favorite thing.

Did you hear about the bread factory burning down? They say the business is toast.

The bag of flour was so confused. He thought that he saw his friend the loaf yeasterday.

Bakers earn the majority of their income in the morning. They earn most of their dough at yeast by a leaven o’clock.

Toast is a lot like the sun. It rises in the yeast and sets in the waist.

What do cops and simple artisan toast have in common? Not kneaded.

My doctor advised me against eating very burnt toast. I am black toast intolerant.

What do bread and baths have in common? Both can be improved with a toaster.

What did the slice of toast say to the person giving him too much flattery? Stop buttering me up!

Those two slices of bread knew they were toast when they saw the peanut butter and jelly show up for lunch.

What did the bread maker give his wife on Valentine’s Day? Flours.

Why did the aging bread roll retire? Her career was already toast.

What does Santa eat for breakfast? Mistle toast!

We will rise above these petty toast thieves.

Show him what you can dough.

No knead to get all angry.

They come from a long line of bakers. They are inbread.

What did one slice of bread say to the other slice when he saw some butter and jam on the table? We are toast!

When baking dog biscuits, be sure to use collie flour.

In my school-play, I was assigned to play a piece of toast. It was a great roll.

Why is dough used as another word for money? Because it is always kneaded.

Which tale do old loaves of bread tell the young dough balls? Moldylocks and the Three Bears.

What does the toast sing when it is learning the musical scales? Dough, Re, Mi, Fa…

I overate cookie dough and got sick. It was an overdoughse.

I know these answers are bad, but that’s only because I’m a weirdough.

What does a loaf of bread say to a friend after doing them a favor? It’s the yeast I could do.

What does a loaf of bread say when breaking up with his girlfriend? You deserve butter.

What did mama bread say to her kids? It’s way past your breadtime!

Why did the aging loaf retire? His career was toast.

What did a slice of bread say after brushing his teeth? I’m bready for bed.

What’s the best thing about a bread joke? It never gets stale.

Why was the loaf of bread upset? His plans kept going a rye.

What’s the most sophisticated kind of bread? The upper crust.

How do you spot a radical baker? They’re always going against the grain.

What did one slice of bread say to the other before the race? You’re toast!

What did one slice of bread say to another after a long day? Don’t worry—tomorrow will be butter.

How does bread court his sweetheart? With lots of flours.

What did the bread say to the roll when they were playing hide and seek? Bready, or not here I crumb!

What do you say to a piece of toast that’s fallen face down on the floor? Butter luck next time.

Why do we call money dough? Because we all knead it.

What did the butter say to the bread? I’m on a roll.

What did the muffin say to the crumpet? You deserve butter than this.

What part of a slice of bread is the most sophisticated? The upper crust.

Why did the bread go to the doctor? Because it was feeling crumby.

What did the sliced bread say when it saw the butter and jam on the table? I’m toast.

What do elves make sandwiches with? Short-bread.

How do you say hello to German bread? Gluten tag.

How does bread relax after it’s finished baking? It loafs around.

How does bread remember things? It uses Toast-It notes.

Why did the ageing loaf of bread retire? Because his career was toast.

What do you call a slice of rye with ideas above its station? Upper crust.

Why doesn’t bread like warmer weather? Because it gets too toast-y.

What happens if a baguette forgets her umbrella? She’ll get soaking wheat all over.

What did the piece of toast say to the psychic? Wow, you really bread my mind.

Why do dough balls throw great parties? Because they always they rise to the occasion.

What did the slice of bread say to his girlfriend? I loaf you.

Why did the two slices of bread run away from the bakery? They wanted to grow mould together.

What did the bag of flour say when she bumped into the loaf of bread? Didn’t I see you yeast-erday?

Why was the baker in a bad mood? He woke up on the wrong side of the bread.

Why did the loaf of bread break up with his girlfriend? The relationship was crumbling.

Bread is a primary food in several countries in the world, and a popular food in nearly all of them. These funny bread puns are available to read and share wherever you live. They may inspire you to create your own puns, jokes, and one-liners.