Planning to have fun with some ocean puns? It’s totally easy. Puns are something you would like to save since it can crack people’s serious side. And guess what, puns are available since our ancient days. Thanks to the Egyptians, people nowadays know what puns are since they are the ones who started the ‘trend’ from back then in the ancient Egypt.

You may think puns can only be beneficial to create a joke. Well, that’s not always the case. Although ocean puns are a lot used as jokes, puns like these can be used for many other uses. Just like puzzles, it can confuse us as first, but as you start to understand where it comes from, it can be great to play with, and you can even get some new insight from such word play.

If you are thinking about collecting some oceans-related puns, you can do it easy. These days, you can find a lot of such puns, even you can find in this page. Wondering where you can put the puns? Here are some media in which you can put your puns. 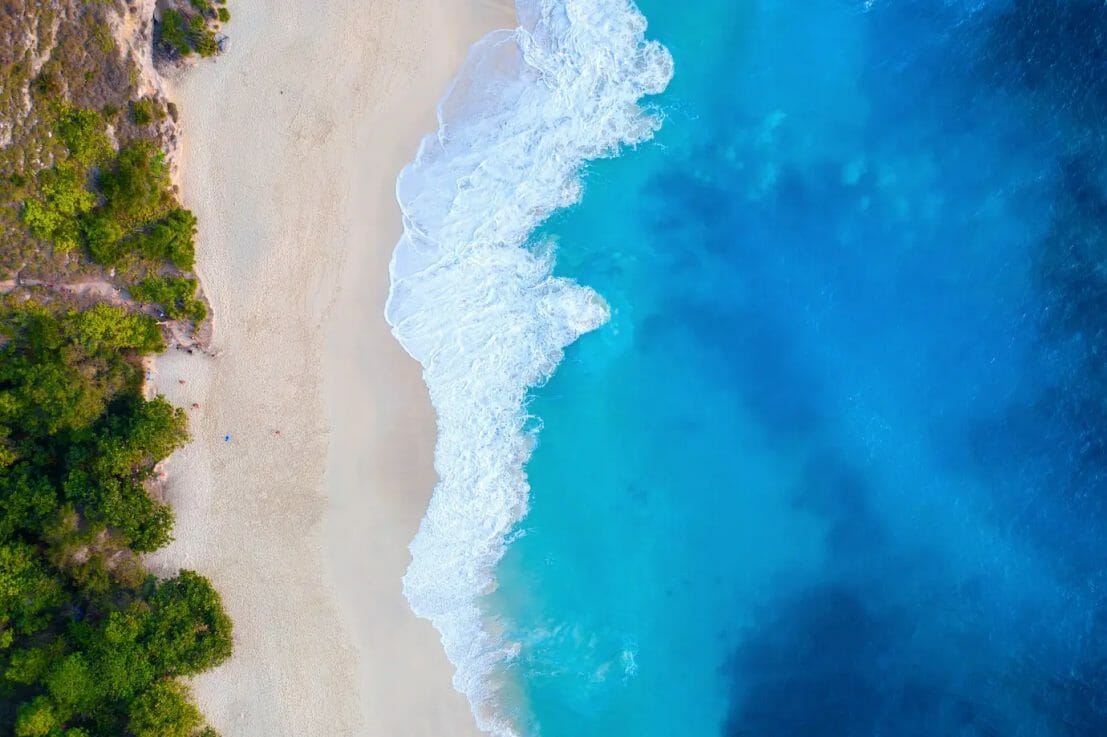 If you think you are not good with words, especially in the term of making puns, you can simply grab the pun somewhere. It doesn’t mean you are a plagiarist. Think of it as a quick and witty way to have your puns.

The ocean didn’t say anything to his wife before leaving for his work trip. He just waved to her.

An ocean was really upset because he didn’t receive his dream car on his birthday. “Stop being so salty”, chastised his mother.

“I’m not shore which watch my son will like”, muttered the ocean to the store clerk.

Oceans don’t like to go to seedy bars. They’re too so-fish-ticated for that.

One day an ocean caught his friend stealing from a convenience store. “Water you doing?”, he asserted.

An ocean fainted in the middle of his yoga lesson. Turns out, he had a vitamin sea deficiency.

One should never go to the boardwalk because of other people. Pier-pressure should be avoided at all costs.

Oceans need to learn how to be more impulsive. They should seas the day as it comes.

A man was relaxing on the beach when he told his wife, “This view is absolutely cray-sea.”

An ocean decided to eat a lobster thermidor on his 30th birthday. He wanted to shell-ebrate life.

A woman used to dream about an orange ocean every night when she was living next to the beach. She was dreaming up a Fanta-sea world for herself.

An ocean father and his son were doing some holiday shopping when a sea took the sweater they were eyeing. “‘Tis the sea, son”, sighed the dad.

A group of ocean friends decided to make a girls’ trip and not allow any buoys.

Everyone thought the ocean was really nauty because he played a lot of pranks.

“I missed you so much gull friend”, the gull said to her friend when she met her after years.

Two ocean friends were out shopping when one of them tried on a gorgeous ballgown.”You look fin-tastic!”, exclaimed her friend.

Then, do what you want with such puns; be making it as something integral to your story, bringing it to people through your social media status—you can literally do anything with the puns.

If I hear one more bad beach pun, I’m going to have a sea-sure.

Tis the sea-son to be jolly

Time for a sea-esta!

I have a sense of urgen-sea to get to the beach.

It’ll be our little sea-cret.

I can sea clearly now, the rain has gone… 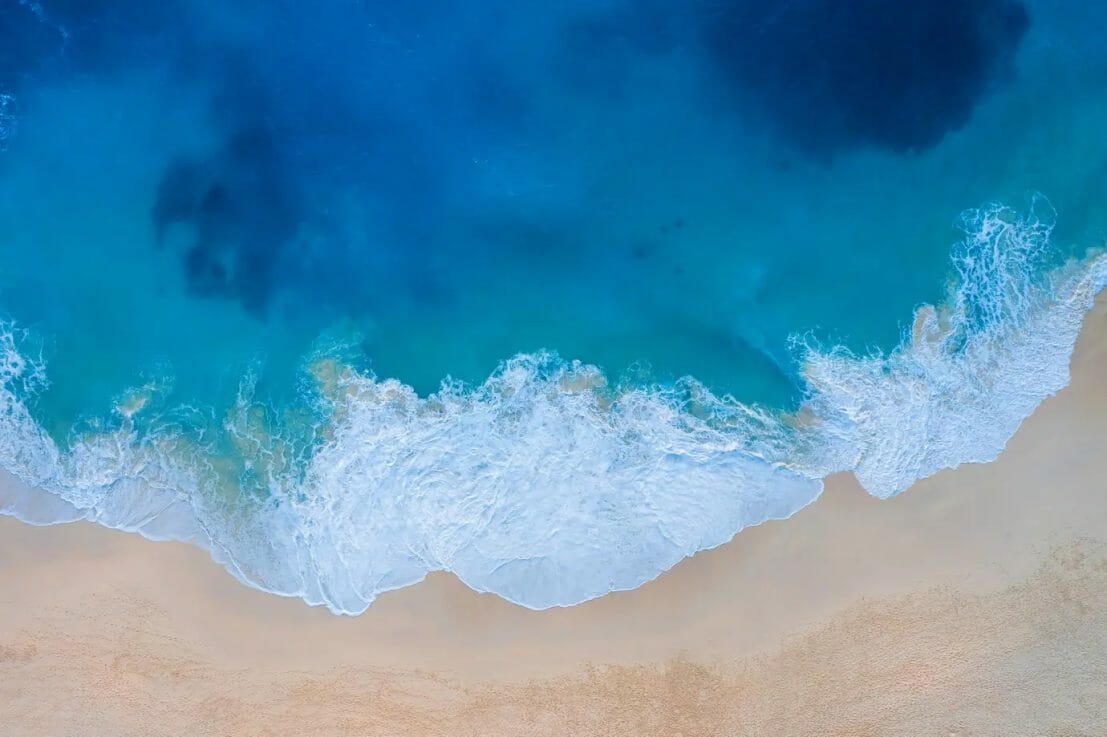 A fish was really upset because his favorite restaurant delivered his order cold. When he complained to his wife, she just told him to heat it up in the micro-wave.

“We should write seas and greetings on every Christmas card”, the ocean suggested to his wife.

It’s not my salt you got burned!

I’m a crazy son of a beach, but you love me anyway

Life’s a beach, but don’t let yourself get tide down

I try to avoid pier pressure and just do my own thing.

Tell you my favorite beach? It’s really to be so Pacific.

Don’t call me while I’m at the beach: I’m sun-screening my calls.

Hello there, buoys and gulls!

Beach better have my money!

Waterever will I do when summer is over?

I reel-y love the beach.

I’ve got no fin left to give!

Swimmer down now, no point being angry!

Arrrr you going to join me at the beach, matey?

Things are not always as they ap-pier 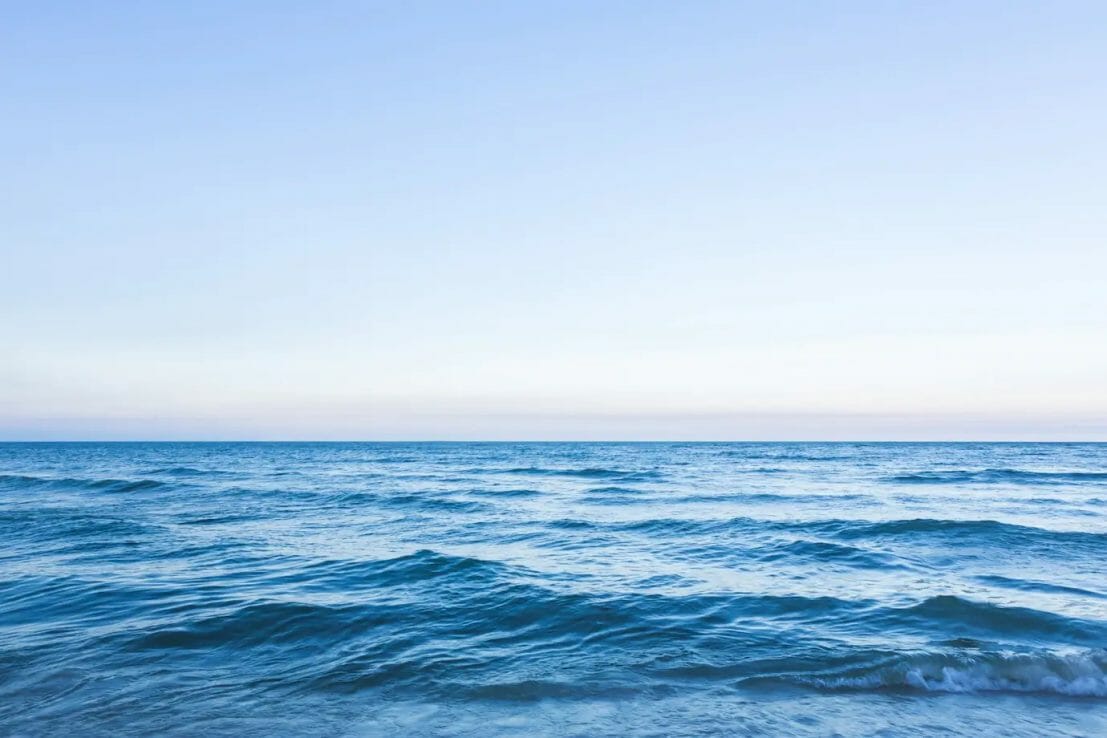 The beach was not shore whether he wanted to get married to the tide. He really didn’t want to get tide down.

The beach pop star was nervous about his album. “I don’t know if I’m going to be making waves”, he said.

A fish at the beach causes a lot of unneccesary commocean.

The beach had outperformed himself in his quarterly review. He was due for a promocean.

All beaches are very well updated with the news because they like to stay current.

I don’t think a beach can get tide of reading current affairs.

An arrogant man hated to get advice about shells. “Please, don’t shell me what I should do”, he said.

The beach thought the ocean was being vague, so he asked him to be Pacific.

A sea was suffering from a major mid-life crisis. He told the dolphin that he didn’t know what his life’s porpoise was.

The beach criminal was finally sentenced to life imprisonment. It surfs him right.

The beach made sure that he had the cleanest sand in the state. He wanted to sand out from the crowd.

The man didn’t know what to say when the sand accused him of stealing. He was just sanding there quietly.

You should always carry a box of wet wipes to the beach to ensure that you’re swimming in sanditary conditions.

Soldiers should not get involved in sand-to-sand combat on the beach.

The two beaches had a major disagreement because they couldn’t sea eye to eye. 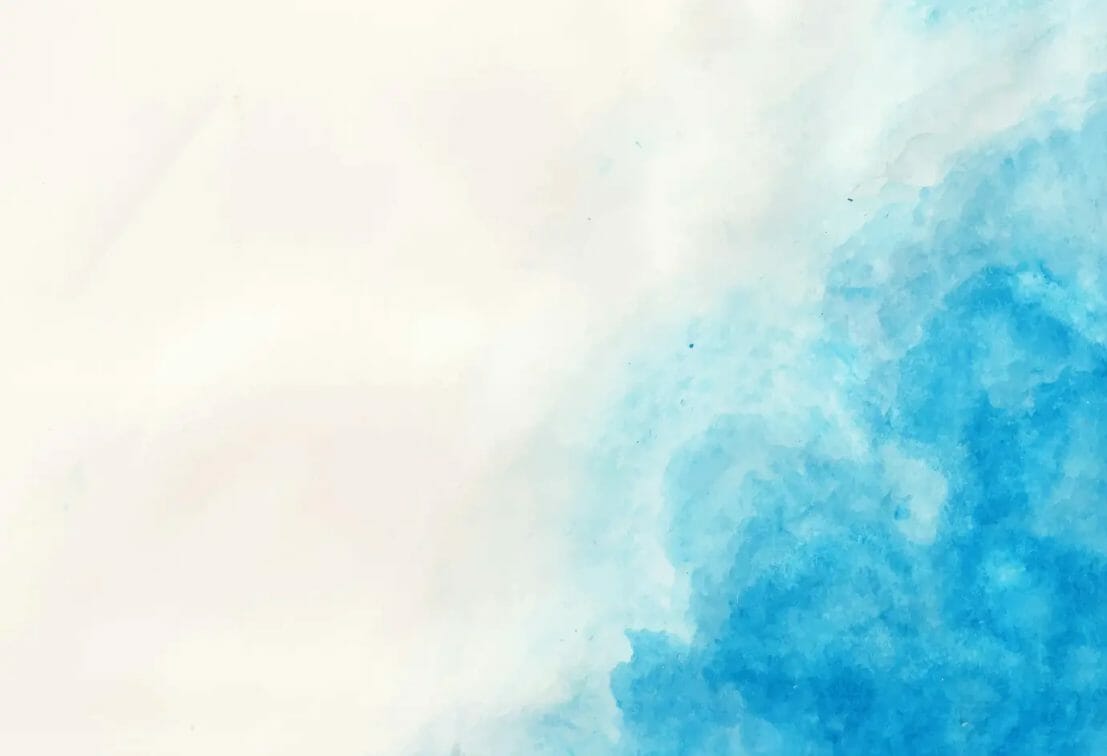 I hate going on boats because I get sea sick. The worst part is that it comes in waves.

A fish was really upset his parents got him a bunk bed. He wanted to sleep on a sea bed.

Fish should always have some money in the river bank so that they can avoid bankruptsea.

The sea is known to be really dependable. You could count on him during any emergensea.

The woman at the beach ran out of sunscreen so she decided to use a sea-rum instead.

I don’t like arguing at the beach because then I have to deal with some serious con-sea-quences.

The fish was really good at giving financial advice so he decided to open a consultansea.

A fish really wanted to impress his mom and get her sea-l of approval.

The best math student award was bagged by the octoplus.

Zucchini is something that a veggie wears to the beach.

Life happens to be a beach. Savor the waves.

Arrrrby’s happens to be the preferred fast food eatery of the pirates.

I think I have got a creek in the neck.

It appears that you are somewhat tongue-tide.

Saline had been the preferred pastime of the oceanographers.

The octopus blushed because she had just viewed the ocean’s bottom.

The picture appears to be almost reel.

I will be surfing the net the entire morning.

I happen to be a pascificst. I never resort to violence.

The man had been a turtle stranger to me since I met him for the first time.

The very thought of the incident is sanding shivers down my spine.

That’s the nauty sailor once more.

I made a fish when I visited the temple.

Are you shore what the man said was true?

Bay! You are a real genius.

The man is extremely craysea!

Try not to sand very close to me.

Sand her over here right now.

The Atlantic happens to be my favorite newspaper.

The championship tidal match will be held tomorrow.

Will you be able to wave the parking ticket?

The sea monsters ate fish and ships for lunch.

She is angling for a hike.

Do not be such a shellfish man.

I am somewhat lake because of the heavy traffic jam on the road.

Again, it is always fine to have some ocean puns as a part of your daily smart humor. Some people may think in a way that you love old dad jokes, but puns are a smart way to enjoy humor.

“Me and all of my beaches.”

“Keep your friends close and your anemones closer.”

“All you need is a good dose of vitamin sea.”

“Keep palm and carry on.”

I rudder swim in the ocean than in a pool

There was so much commocean at the beach today

I’ve got a remedy for your seasickness, it’s called a pocean!

They were fighting all night, it was such a bad coral – “quarrel”

There had been lots of commocean at the sea beach this afternoon.

I have got a remedy in case you suffer from seasickness; it is known as pocean!

The guys had been fighting all night; it had been such a bad coral.

I have been looking for reel love all through my life.

In case Hogwarts would have been in the ocean, they would have played squidditch!

I am really feeling fishy regarding the situation.

My favorite soccer player has been John Ocean.

I tried to complain a-boat the man’s behavior.

Let minnow in case you do love the ocean.

If Hogwarts was in the ocean, they would play squidditch!

I am feeling very fishy about the situation – “iffy”

What is this article a-boat anyway?

That said, you should not think making a good laugh from sea puns is difficult. Find some great examples of such puns, and laugh it off wittily. 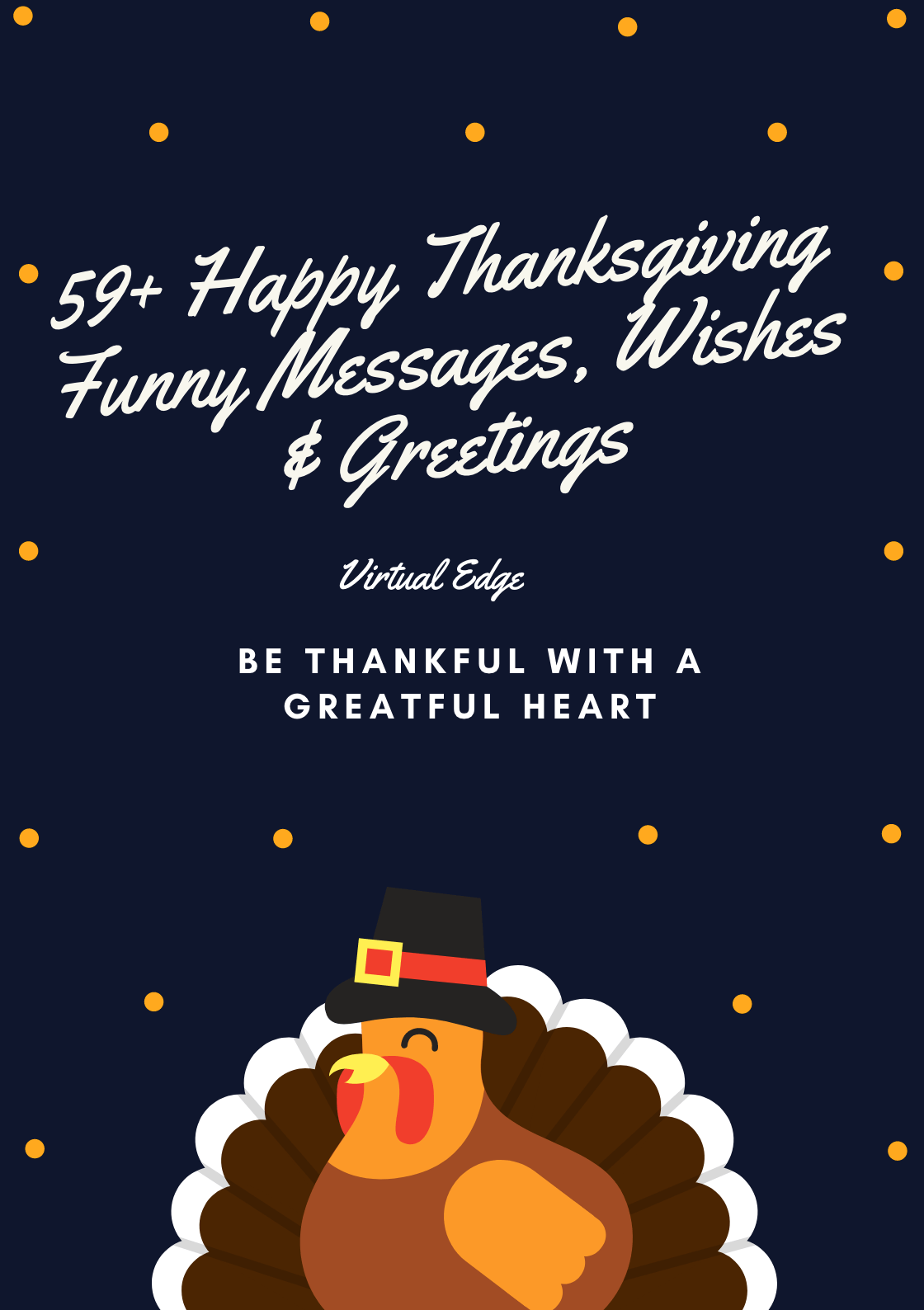 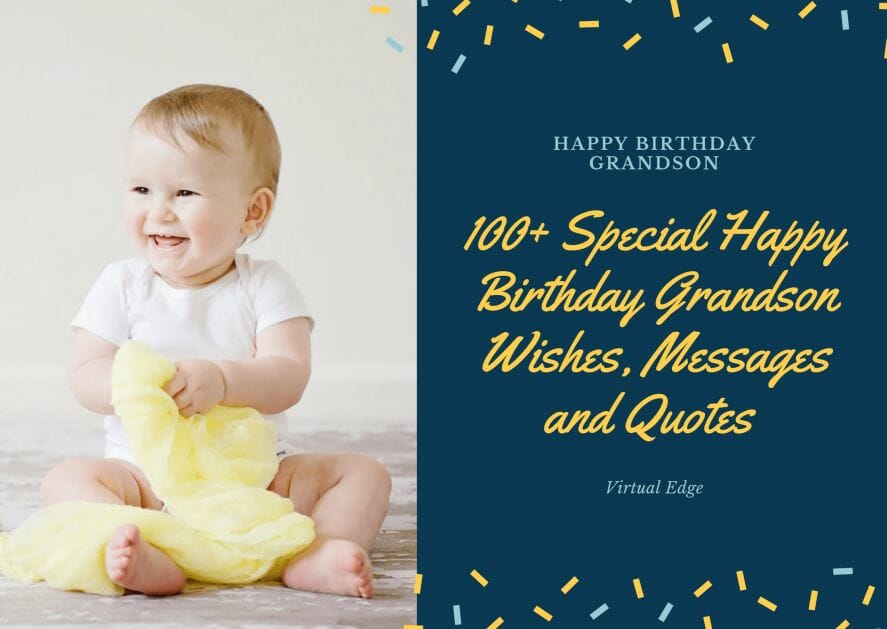 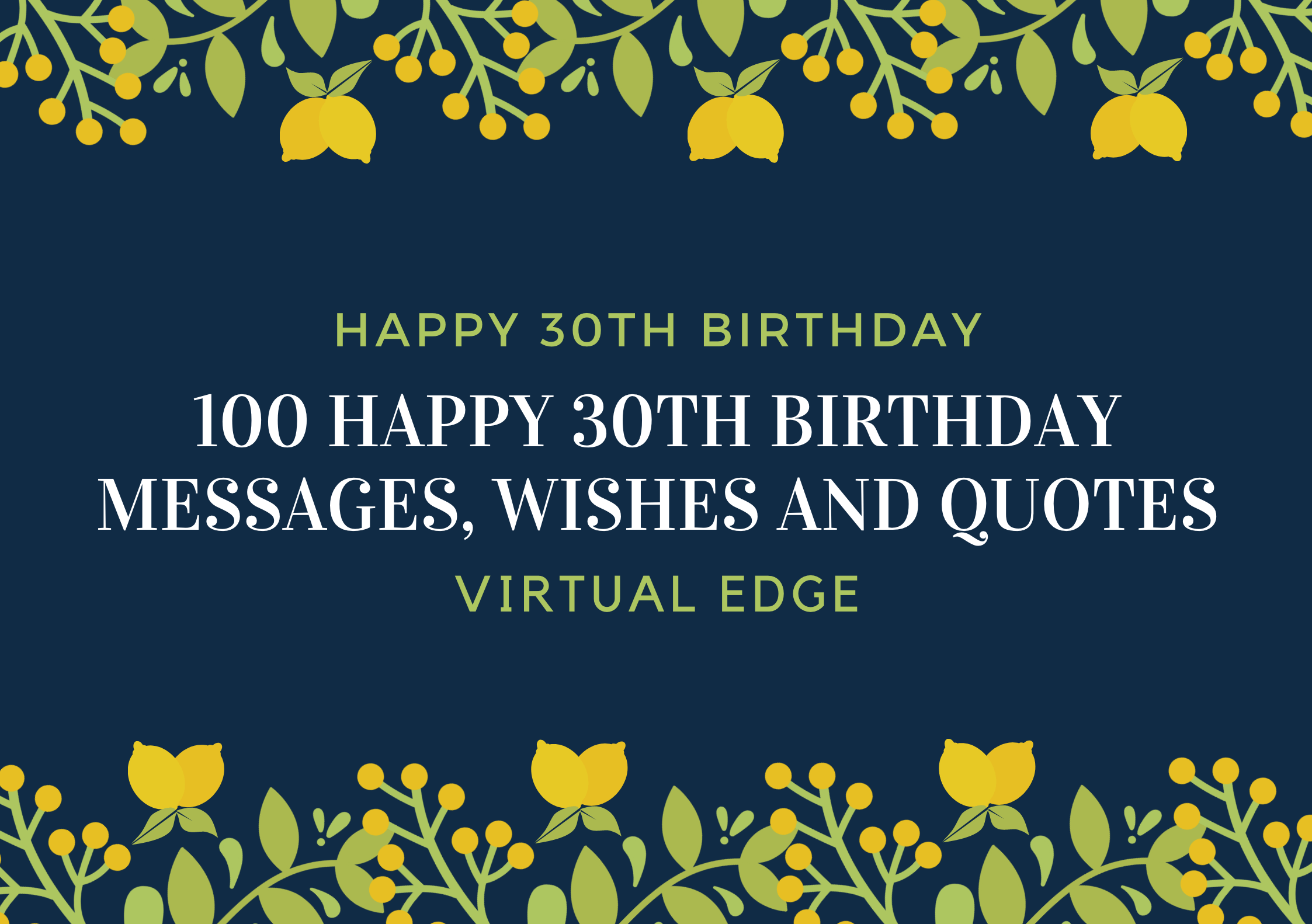