Fall is a time where you can find pumpkins almost everywhere—pumpkin pies, decorations, or delicacies with pumpkin spice. With so many orange pumpkins available, having few pumpkin puns on your Instagram post wouldn’t hurt. While Fall is closely related to Halloween—a spooky month of the year, you can transform this scary season into a silly month with some funny pumpkin puns you will find in the following paragraphs.

Have no foggiest ideas on how to put these humorous words and phrases to use (other than for a good laugh)? To begin with, these pumpkin jokes are perfect for an Instagram caption. Pumpkin-based jokes are also kid-friendly. Therefore, should you want to plan some painting and carving pumpkins with your little siblings or kids, you can take a picture of them with some humorous pumpkin jokes for the caption.

According to an online survey, there were around 151 million people in the US planned to do some carving pumpkins as it is part of the annual Halloween celebrations despite living in a pandemic crisis. This year is pretty much the same for some people. Trying to survive in a post-pandemic situation is spookier than Halloween itself.

Suppose you are planning on celebrating Halloween by decorating some pumpkins at home. In that case, your party will be incomplete without hilarious pumpkin-related jokes. Below are a few ideas where you can put your pumpkin puns into play.

Take a look at the collection of hilarious puns about Halloween pumpkin on this page if you want to make all the spirits laughing instead of howling. These cute pumpkin puns prove that Halloween does not necessarily have to be scary. In fact, this Fall holiday can be filled with a lot of pumpkins and puns.

I’m ahead of the carve.

You struck a gourd with me

We have nothing but gourd intentions

Be of gourd cheer

Everyone just wants to have a gourd time on Halloween!

Gourd out of town!

Carved out some time today

Jack of all lanterns

Time to patch some z’s

The pumpkin of my pie

I only have pies for you

Get the latest scoop here!

Say hollow to my little friend

Day out with my gang, #squash_goals.

Won the pumpkin carving contest, feeling like a hallow queen.

Currently, vibing to ‘Is their pumpkin I should know.’

Drop a pumpkin squash and get pumped up for fall.

Grooving to ‘Pumpkin to die for.’

Hey orange you pumped for Halloween?

Let’s spice things up with pumpkin spice in a latte.

All the gourd-geous pumpkins need to know, a latte love surrounds you.

Never thought Life could be gourd with pumpkin patches.

All jacked up for fall.

Beauty is in the pie of the beholder

A latte fuss over nothing

Pumpkins are an Autumn romance

The bigger the pumpkin is, the harder it will Fall

Let’s lay this pumpkin to roast

Time to get fall ready with pumpkin spice latte.

When in doubt, gourd it out.

Pumpkin in the air, it’s that time of the year again.

Feeling jacked up with these Jack-O-Lantern costumes.

Oh my gourd! It was fun carving Jack-O-Lanterns.

Tis the season of gourdness.

Let’s give em some pumpkin pie.

I am way too ahead of the carve for Halloween.

‘Pumpkin for the rest of us’ is my jam for this Halloween season.

Have a gourd time this Halloween season.

You are the Pumpkin to my pie.

The latte complimented his girlfriend. As a reply, she winked and said: “tell me, pumpkin, I don’t know.”

Everyone was avoiding latte because Pumpkin spiced up the story and talked behind his back.

Latte exclaimed, “Oh my gourd” when he met pumpkin pie at the Halloween party; she was looking like pumpkin spice, and everything nice.

Latte went to the store and bought ‘Pumpkin Else’ by the Kinks, latte’s favorite music album.

The latte was madly in love; he felt like there was Pumpkin in the air.

He was latte, as he had to pick up a pumpkin spice on his way.

We got our Seasonal bulk in at work today and got Pumpkin Spice Motor Oil. It’s for Autumnmobiles

Sorry I’m latte. I had to pick up my pumpkin spice.

Unless it’s pumpkin spice, I don’t give a frappe

Pumpkin Spice and everything nice.

Which English pop singer is most popular during Thanksgiving holiday? Pumpkin Spice.

Why do I add baking soda to my pumpkin spice lattes? To make them even more basic.

I only drink pumpkin spice — just call me a basic witch.

How do you cure someone with a pumpkin spice addiction? Apply the pumpkin patch.

Here, you will find pumpkin jokes in every form. Whether you are searching for ideas for your punny pumpkin decorations or Instagram caption, these cute puns are designed to enchant whoever reads your witty sayings. 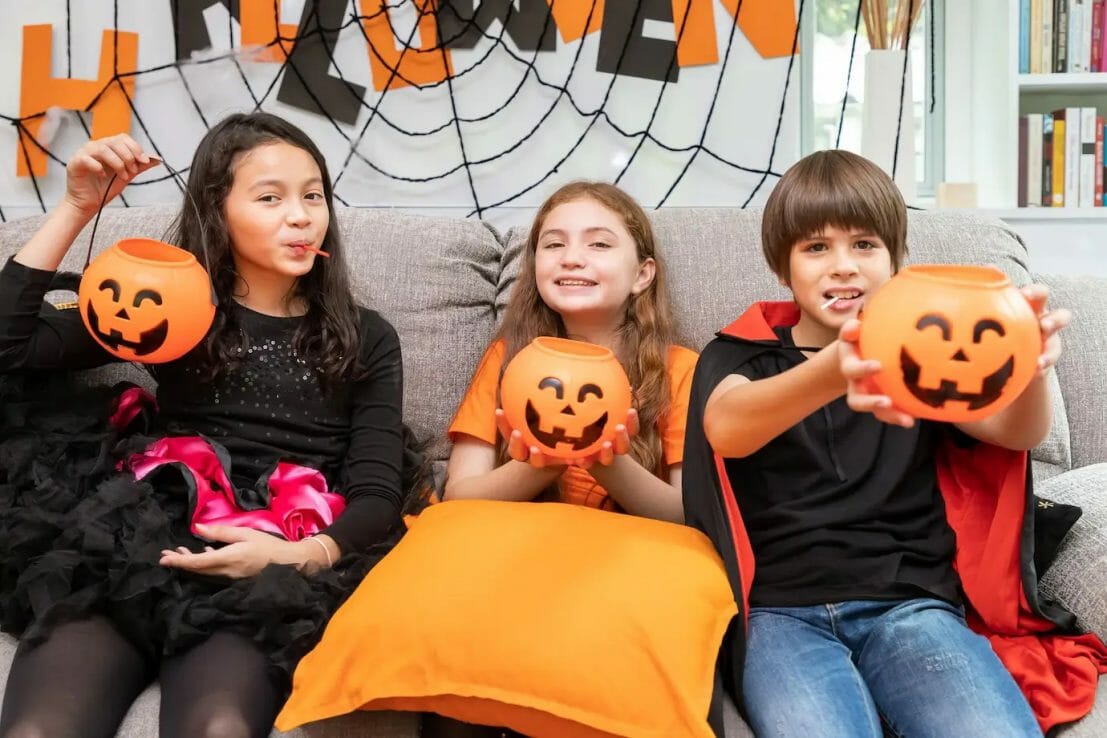 A pumpkin says to a jack-o’-lantern “All we ever do is sit around on the stoop. Don’t you want to mix it up, try something different?” The jack-o’-lantern says “I don’t have the guts.”

Where do pumpkins like to live? In the seedy part of town.

hat’s the best thing to put into a pumpkin pie? Your teeth.

Why did everyone think the Jack-o-Lantern was evil? It had a wicked candle inside it

Why was the gourd so gossip-y? To give ’em pumpkin’ to talk about.

What do you get if you divide the circumference of a pumpkin by its diameter? Pumpkin Pi.

What’s the pumpkin’s favorite Western? The Gourd, The Bad, and The Ugly

What did the queasy pumpkin say? I don’t feel so gourd.

How did the jack-o’-lantern quit smoking? The pumpkin patch.

What do you get when you drop a pumpkin? Squash.

What did the pumpkins say at happy hour? Let’s get smashed

Why are jack-o-lanterns so smart? A candle makes them bright.

Why was the jack-o’-lantern so forgetful? Because he’s empty-headed.

How does a pumpkin listen to Halloween music? On vine-yl.

Why was Cinderella bad at football? Because she had a pumpkin for a coach.

What do you call a pumpkin that works at the beach? A life-gourd.

What do adventurous pumpkins do for fun? Go bungee gourd jumping

What are gourds afraid of? Things that go Pumpkin the night.

What did the pumpkin say after Thanksgiving? Good-pie everyone.

What do you call a fat Jack-o-Lantern? A plumpkin.

What did the pumpkin say to the pie baker? Use apples, instead.

What’s the problem eating too much pumpkin pie this time of year? You’ll get autumn’y ache.

Why do pumpkins do so bad in school? Because they had all their brains scooped out.

Why do pumpkins sit on people’s porches? They have no hands to knock on the door.

What did the orange pumpkin say to the green pumpkin? You look a little sick.

What did Cinderella say when her carriage turned into a pumpkin? Oh my gord!

What did one Pumpkin say to the other? Happy Hollowing!

Where do pumpkins hold meetings? The gourdroom

What kind of romance do pumpkins enjoy? A mushy romance.

When asked how he was feeling, what did the pumpkin say? I’m vine, thanks!

What’s the ratio of a pumpkin’s circumference to its diameter? Pumpkin pi.

What do you call an athletic pumpkin? A jock o’ lantern

How do you repair a broken jack o’ lantern? Use a pumpkin patch.

Who helps the little pumpkins cross the road safely? The crossing gourd.

What is a pumpkin’s favorite sport? Squash.

“Sometimes I think that ideas float through the atmosphere like huge squishy pumpkins waiting for heads to drop on.” — Neil Gaiman

“Sugar and pumpkin spice and all things nice!” —a play on Robert Southey’s words.

“My favorite word is ‘pumpkin.’ You are a pumpkin. Or you are not. I am.” —Harrison Salisbury

“Wednesday, play with your food.” —The Addams Family

“When life gives you pumpkins, make pie.” —a play on Elbert Hubbard’s words.

“I heard a pumpkin a day keeps the goblins away.” —a play on the Pembrokeshire saying.

“I would rather sit on a pumpkin and have it all to myself, than be crowded on a velvet cushion.” —Henry David Thoreau

“The fifth one said ‘I’m ready for some fun!’” —Five Little Pumpkins

“I am the Pumpkin King.” —The Nightmare Before Christmas

“I have to leave … Lizards and pumpkins and … things.” —Lily James in Cinderella

“Apples, peaches, pumpkin pie/Soon your love will be all mine.” —Jay & The Techniques

“I tromped through the pumpkin patch.” —The Nightmare Before Christmas

“I will defend pumpkin until the day I die. It’s delicious. It’s healthy. I don’t understand the backlash. How did pumpkin become this embarrassing thing to love but bacon is still the cool flavor to add to everything? I don’t have anything against bacon; just don’t come after pumpkin like it’s a crime to love an American staple.” — Anna Kendrick, Scrappy Little Nobody

“I heard a pumpkin a day keeps the goblins away.” Pembrokeshire

“I would rather sit on a pumpkin and have it all to myself than be crowded on a velvet cushion.” — Henry David Thoreau

“I tromped through the pumpkin patch.” — Mr. Hyde, The Nightmare Before Christmas

“I’d say the first thing you need is… a pumpkin.” — Fairy Godmother, Cinderella

“I would rather sit on a pumpkin and have it all to myself, than be crowded on a velvet cushion.” — Henry David Thoreau

“Sometimes I think that ideas float through the atmosphere like huge squishy pumpkins waiting for heads to drop on.” — Neil Gaiman

Fall is identical to pumpkin season. It’s a perfect time to wrap yourself in warm clothes and enjoy the beautiful fall season by visiting your local pumpkin farmer’s market. Don’t forget to take some pictures of your fun day and share them on Instagram with some Halloween pumpkin puns.