Skip to content
Home / Insights / Interpersonal Skills Definition, Examples, and What Make People Lack of It

Interpersonal Skills Definition, Examples, and What Make People Lack of It 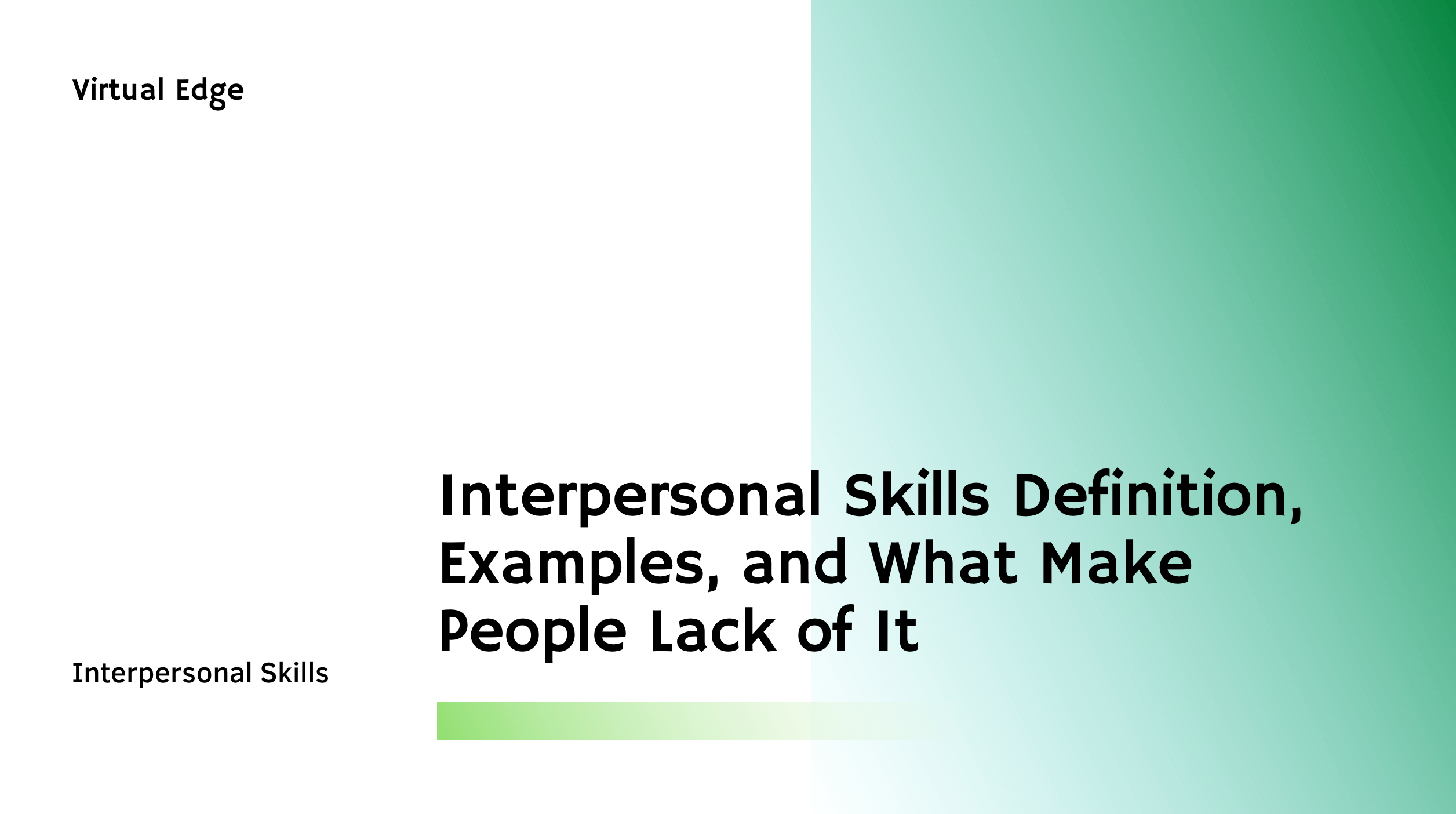 Many people have mentioned at least once about interpersonal skills. However, what on earth is this term, actually? If you are wondering what kind of skill it is, you will get some information about that in this article below.

First, let’s define interpersonal skills. According to Wikipedia, interpersonal skills are sets of actions that are used to interact effectively with other people. In short, you can say that these sets of skills are social skills required to communicate and interact with other people—be it in nonverbal or verbal ways. If you are lacking such skills, it may lead you to a state called as social awkwardness.

According to Leary in 1957, interpersonal skills are related to several categories, which are dominance vs. submission, autonomy vs. control, love vs. hate, and aggression vs. affiliation. These items are studied in social psychology—an academic discipline that focuses on the study of interpersonal skills.

So, what are interpersonal skills examples? You can see that in this list below:

The deficits in social skills can be caused by alcohol misuse, autistic spectrum disorders, ADHD, or mental disorders such as depression and anxiety. Aside from that, a dysfunctional family can also make people lack in interpersonal skills.

To conclude, interpersonal skills meaning is the sets of skill required to communicate and interact with people in a healthy and positive way. Sometimes these skills are also called as social skills, in short. Everyone should learn this in order to make their interaction with other people to be better and meaningful, not to make it in a way vice versa.

How to Communicate at Your Association Event

Constructive Criticism Definition and How to Give It Properly

What Is SMART Goal and Why Is It Essential?

How to Communicate at Your Association Event