Water is everywhere, so do the water puns. In case you don’t know, water is a great source of material for hilarious jokes. Then again, there is enough water around us, from seas to oceans and rivers to lakes. These places are great sources for making puns about water.

Even before you make water puns, water can already be a lot of fun. People of all ages enjoy splashing about in a swimming pool or paddling or simply using a hose to spray their friends on a hot summer day. Also, when people are on vacation during summer, there is nothing better than swimming in the sea or spending time on the riverbanks

Then there is the astonishing fact that everyone must have already known. It’s that water makes up almost 60% of human bodies or approximately 78% for an infant. Water is essential for the existence of all living creatures on the planet. Moreover, most astronomers seek the presence of water in the hopes of finding signs of life on other planets.

Now, that you already know some of the interesting facts about water, it’s time for you to learn how to make a water pun to go with those facts, including punny jokes about the sea as well as wet weather puns. Without further ado, below are simple steps to make a funny pun with water that everyone can’t stop laughing at.

Now you know how to craft worth-laughing puns from water-themed vocabularies. It’s the right time for you to dig right into the finest water puns list, starting with the most classic ones that everyone will enjoy to the most unique ones.

**_What do you get when you poke at a bottle of water? Tap water.

**_The police just showed up at my house and arrested my bottle of water. They said he was wanted in 3 states. Solid, liquid, and gas.

**_What is a water bottle’s favorite game to play? Follow the litre.

**_Cop stopped the man driving home from work and said: “You’re weaving down the road. Give me your water bottle.” The cop took a sip from that water bottle and said: “You’ve been drinking red wine.” The man looked at the sky and exclaimed: “Thank you Jesus! You’ve done it again!”

**_If you work at a water bottle factory, it must be difficult to not drink on the job.

**_What goes down but doesn’t let anyone go down on it? Waterfall.

**_Why didn’t the dwarf fall and die even though he fell from a very high mountain? The waterfall wouldn’t let him die.

**_What happens when water trips over? Waterfall.

**_Who’s Jason Waterfalls? And why don’t they want him to go?

**_What do you call a waterfall that’s all dried up? A waterfell.

**_You’re in total seclusion from the whole world. The soothing sound of a gentle waterfall creates an absolutely serene atmosphere. The water is so clear you can easily make out the face of the person whose head you’re holding under water. Feeling better?

**_Waterfall doesn’t speak but it keeps on running forever because it’s not a joke.

**_What falls but doesn’t break? Waterfall.

In this post, you will uncover jokes about everything related to water, from seas and rivers to some brilliant jokes about a bottle of water, mermaids, or even a joke about the wet season. Take a look at these jokes if you want to have a good laugh.

Funny Water Jokes – Hilarious Joke That Will Make You Cry

**_What do you call a car focused on crossing the river? Ford Focus.

**_What do you call a melted snowman? Water.

**_Why does water never laugh at jokes? It isn’t a fan of dry humor.

**_Why don’t plumbers like to work on instant hot water heaters? It’s a tankless job.

**_How is Ruth Bader Ginsburg like hot water? She will be mist.

**_Why do sharks only swim in salt water? Because pepper always makes them sneeze.

**_Why are oceans so meticulous? They like to be pacific.

**_What do mermaids sleep on? Waterbeds.

**_Knock knock! Who’s there? Water. Eh, water who? Water you waiting for? Open the door!

**_How do you make holy water? Make sure to boil the hell out of the tap water.

**_Did you ever hear the joke about the three holes in the ground? Well, well, well.

**_Why is a river an amazing roommate? He just likes to go with the flow.

**_Adele might set fire to rain. But SpongeBob can make a campfire under water.

**_What do you call it when you get a month’s worth of rain at once? England.

**_What did the river say when it saw beavers for the first time? “Well, I’ll be dammed.”

**_What kind of rocks are never under water? Dry ones.

**_Why is the ocean always on time? She likes to stay current.

**_What did the sink say to the water faucet? You’re a real drip.

**_Why are some fish at the bottom of the ocean? They dropped out of school.

**_What do you call it when it rains ducks and geese? Fowl weather.

**_What did one ocean say to another? Nothing, it just waved.

**_What is worse than when it is raining buckets? Hailing taxis.

**_Where can you find an ocean with no water? On a map.

**_What do you get when you throw a billion books into the ocean? A title wave.

**_Every time I take a drink from a bottle, it keeps pouring back. Must be spring water.

**_What did the fish say when it ran into the wall? Dam.

**_What do you call water that is good for you? Well water.

**_What did the bottled water tell the spy? The names bond, hydrogen bond.

**_Why did the ocean break up with the pond? She thought he was too shallow.

**_Why did the ocean leave the party early? She was getting really tide.

**_Why was the man using ketchup during the rain? Someone said it was raining cats and hot dogs.

**_How did the raindrop ask another raindrop on a date? He asked her “Water you doing tonight?”

**_Why couldn’t the fish watch YouTube? He couldn’t stream the video.

**_What runs but never walks? Water.

**_There are two reasons why you should never drink toilet water. Number one. And number two.

**_Why did the lake date the river? He heard that she had a bubbly personality.

**_What do you call a tooth in a glass full of water? One molar solution.

**_Where do water droplets go to settle arguments? The Supreme Quart.

**_What can you do if you are the ocean? Watever you want.

**_What do you call a wet teddy bear? A drizzly bear.

**_Where can you find an ocean with no water? On a map!

**_Why are some fish at the bottom of the ocean? They dropped out of school!

**_Who carries out operations in water? A sturgeon.

**_What do you call it when a guy throws his laptop into the ocean? Adele, Rollin’ in the Deep.

**_There are two reasons why you should never drink toilet water. Number one. And number two.

**_What runs, but never walks? Water!

**_What keeps a dock floating above water? Pier pressure.

**_Why did the ocean break up with the pond? She thought he was too shallow.

**_Why does water never laugh at jokes? It isn’t a fan of dry humor.

**_How do you make holy water? Make sure to boil the hell out of it.

**_Wanted to play water polo but couldn’t get the horses to swim.

**_What do mermaids sleep on? Water beds!

**_What kind of hair did the ocean have? Wavy!

**_Why were the student’s grades underwater? They were all below C level.

**_When does it rain money? When there is “change” in the weather.

**_What did the bottle of water say to the spy? The names Bond…. Hydrogen bond.

**_What happens if you throw a white hat into the Black Sea? It gets wet!

**_The weatherman said it might get a bit drizzly outside. You can expect a Lil’ Wayne.

**_Why do male dogs float in water? Because they’re good buoys.

**_Why are oceans so meticulous? They like to be pacific.

**_Why does the river never get lost? She always finds the right pathwave.

**_What did one water bottle say to another? Water you doing today?

**_What can you do if you are the ocean? Watever you want.

**_The snapper wasn’t too keen on coming with me, but I got him hooked.

**_I gave some money to a sailor to help tide him over.

**_An employee is needed on isle one.

**_This is a joke about a submarine, let that sink in.

**_My brother is getting married to this woman named Maddy. He’s going to Maddy the waters.

**_My friend just got a golden tooth so she’s keeping her head above the water.

**_What do you call a spy left to drown? Pond. James Pond.

**_Jake forgave me for not catching him when he fell, he says it’s water under the bridge.

**_If you’re not sure about baptizing your enemy just dip your foe in the water.

**_Be sure to tuna in for the next episode!

**_That dish was truly ex-squid-site!

**_Why did the dolphin stop swimming? He passed the fin-ish line.

**_You were going on vacation first but I beach you to it.

**_These jokes will get people sea-sick with laughter!

**_I believe I was very s-pacific.

**_I think the homework assignment is quite shrimp-le

**_Why are pirates so happy? The seas the day!

**_My neighbours opened up a seafood restaurant, they’re making a kril-ing!

**_What do fish do at the cinema? They get sea-ted.

**_My boss doesn’t like my boat and he’s going to dock my bay.

**_I got my friend something to eat while he was practicing with his band, but he only likes bass.

**_Carl took a swim in your pool, they’re no longer un-carl-ted waters.

**_Why did the cup’s argument fail? Because it doesn’t hold water.

**_What do you call an egoistic crab? Shellfish.

**_My friend wanted to cook something but I poured cold water on it.

**_Did you know? The Romans would often re-enact naval battles in the Colosseum after flooding it with water? Talk about a slippery slope!

**_Why are fish so smart? They spend most of their time in a school.

**_I’ll swim for about ten minutes, no sweat.

**_We need to throw a party to get the sailors unbored.

**_I read a magazine near the pool once, it had no depth.

**_I never believed water could freeze, but now icy.

**_Why does the ocean hate the seaside? It’s too shallow.

**_Why do fishermen make good movie directors? Because they have experience with reeling.

People have created sea shanties, advanced equipment to enjoy the beauty of the deep ocean, and most significantly, clever jokes to preserve a positive attitude and cheerful mood toward the seas of the world. This article has compiled a collection of funny water puns that will put a smile on others as wide as the mightiest river on Earth—the Amazon! 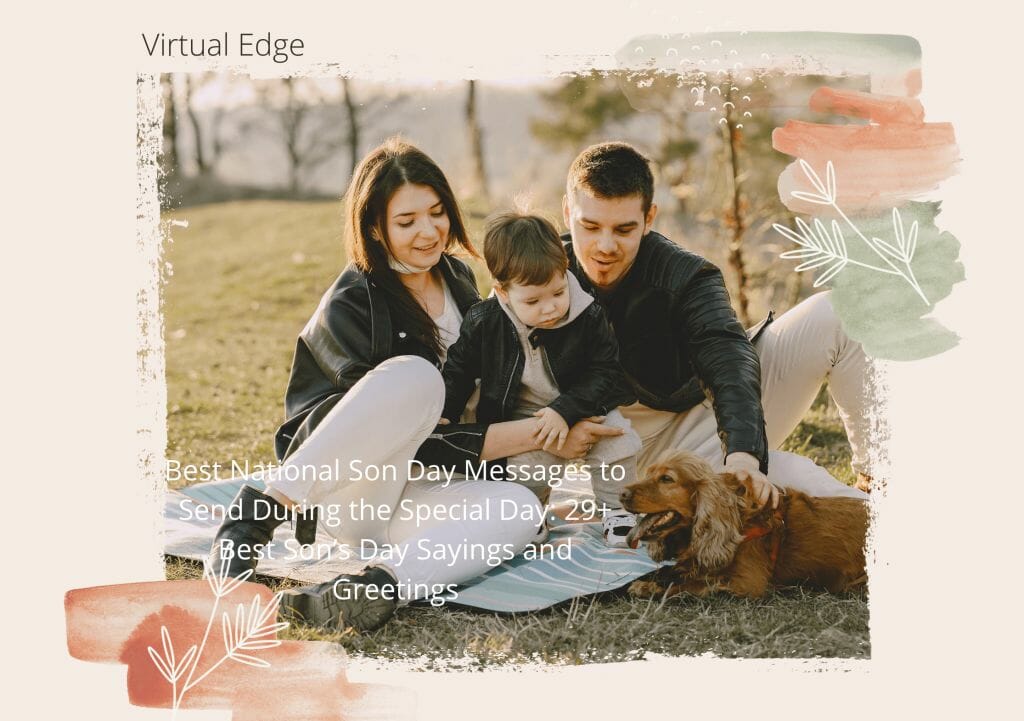